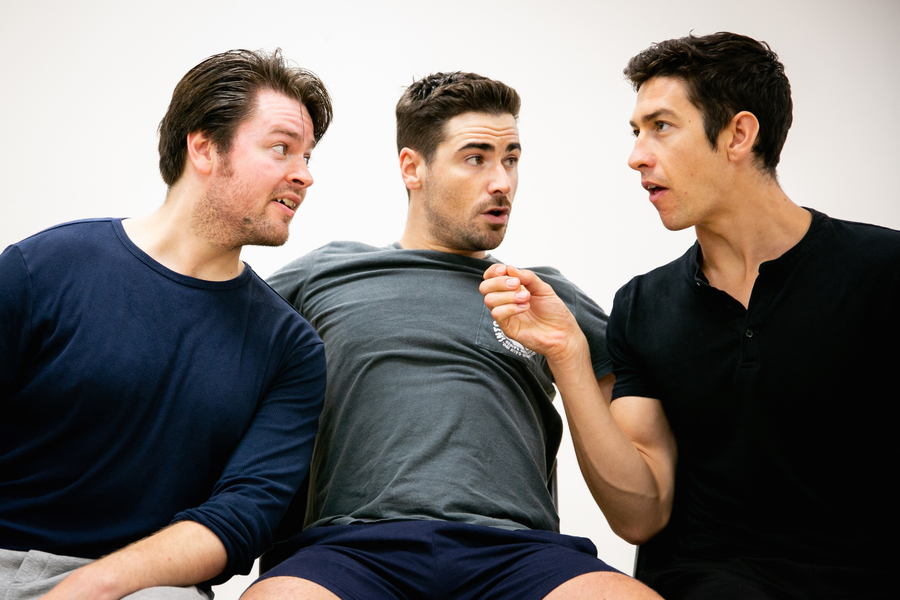 Last year Netflix decided Friends was worth $100 million. Presumably somewhere a producer’s ears pricked up, and the result is this: a musical with inaudible songs and a parody with no teeth. But hey, it’s definitely about Friends.

Well, not quite. For it to be about Friends, it would have to say something about the TV show. Instead it just repeats scenes and tics, adding nothing. It’s very cynically written. Anything still used as a reaction gif on Twitter makes it in. Almost a third of the show repeats, practically word for word, the pilot – because if you haven’t seen all of Friends, you’ve probably seen the pilot. (Of course, everyone has seen Friends, ensuring packed-out audiences.)

The few meta-jokes are painfully thin—Rachel had a good haircut!—and have been made many, many times in the fifteen years since the show went off the air. A completely nonsensical framing device makes Ross—Ross! The worst of the lot!—into the auteur of the show and allows for plenty of fourth wall breaks, but not a lot of jokes.

Despite the lack of ambition, diehard Friends fans could still have a good time. The six leads clearly have talent, although not all of them master their hyped-up impressions. The songs are enjoyable in the moment. There’s not an earworm among them, and many last a verse too long to show off the admittedly slick, energetic choreography. But it lacks heart. A Netflix subscription costs less and lasts longer.