This dark comedy fails to take its intriguing premise anywhere 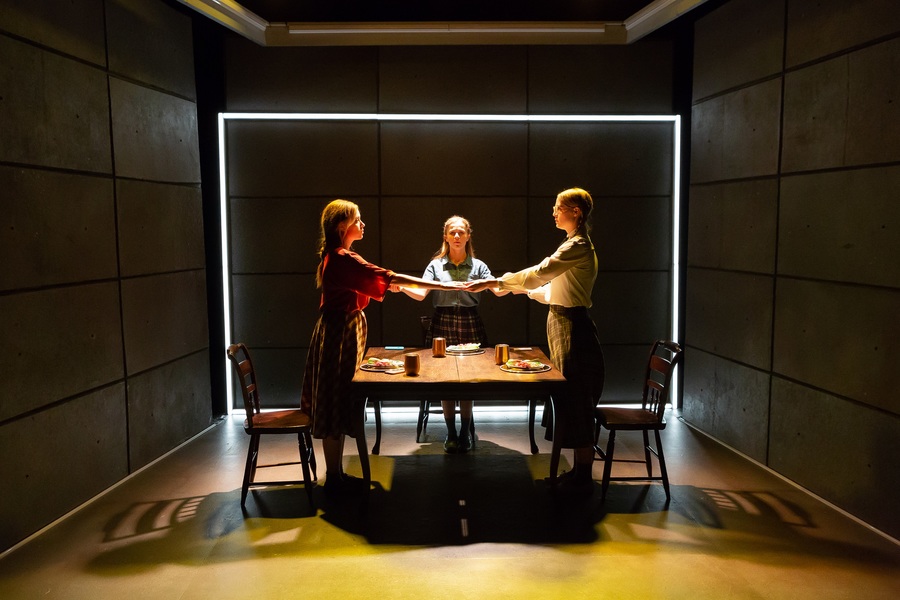 Mean Girls meets the Third Reich in this dark comedy about the young women selected to check Hitler’s food for poison during the Second World War. The girls are quickly at each others’ throats. But just as soon as they start in on each other, they stop, smile, and take a selfie.

iPhones, blasts of modern music and the American twangs of the cast help to make the play’s point about how easy complicity can be. The anachronism is intriguing, but the repetitive looping structure keeps it from building to any greater significance. Snatched up by the SS, the girls raise questions about Nazism and the grim, frightening work they never signed up for, but quickly fall back into hero worship of the Führer to distract themselves. It’s a pattern that repeats itself almost to absurdity and frustration – a thoughtful take on fascism, but a shallow take on teenage girls.

Dance sequences between scenes don’t add anything that can’t be gleaned from the dialogue, but the constant costume changes, each offering a flash of the swastikas sewn into their vests, feel more purposeful.

The comedy is biting, although a line about “making Germany great again” is much too predictable. Walking a line between building sympathy for the girls and exposing their hatefulness, the script sometimes treads too heavily on either side: “Jews, we don’t like Jews, right?” asks one, as if it was ever in question. At moments the show becomes truly fascinating and grotesque. Afterwards, however, it’s difficult to feel for the girls when they fall, once again, under the attention of the SS.