Review: How Not to Drown 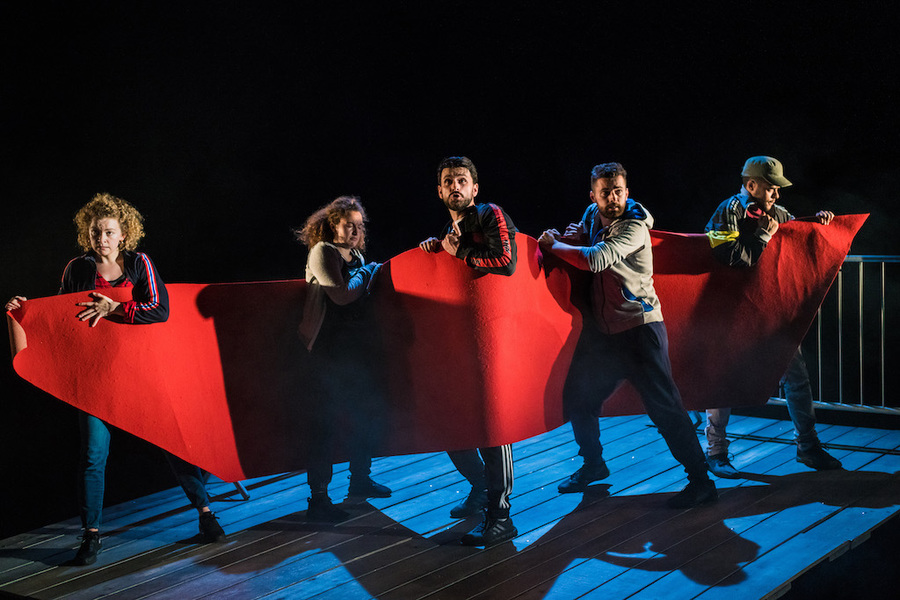 There’s a word in Albanian, “besa”, that translates as “faith” or “word of honour”. As Dritan Kastrati puts it, “if I can help them I should help them”. The concept pulses like a heartbeat through How Not to Drown, Kastrati’s theatrical retelling of his experience as a refugee. On the perilous journey from Kosovo to England, and in the years that follow, there are those who extend a hand to help – and those who don’t.

Dritan leaves home aged 11, still a child. His father sends him away from the violence that follows the Kosovan war, thrusting him into another kind of danger. Alternately played by different members of the five-strong cast, Dritan is both a specific refugee and a symbol, standing in for the many others risking their lives to travel to the UK.

As he’s pitched across the sea and then hurled into the British foster care system, he lurches around the tilted surface of Becky Minto’s set. Slanted at a dizzying angle, the slatted wooden platform is a constant reminder of the precariousness of Dritan’s situation, whether packed into a boat or being processed by social services.

While the choreography speaks eloquently, the script (co-written with Nicola McCartney) has a habit of voicing more than it needs to. This way of telling may be true to Kastrati’s experience, but it can feel a bit on the nose, especially towards the end. The show would do better to trust its audience and let us do some of the work.