Review: How to Keep Time: A Drum Solo for Dementia by Antosh Wojcik / Penned in the Margins

A grandson tries to free his grandfather from dementia using music 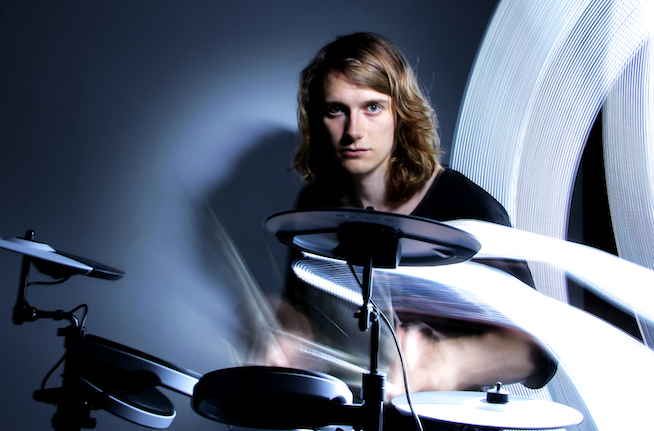 Antosh Wojcik has been trying to communicate with his grandfather but he’s not sure if it’s working. This time, he’s brought his drum kit. If words aren’t getting through, then maybe rhythms will.

Jenek has vascular dementia. He lies in a care home, asleep much of the time. When he wakes, he can only muster a stuttering collection of noises before falling asleep again. He shows little to no awareness of his surroundings and Antosh is unable to accept that his grandfather will not get better or be able to understand him. His determination is a raw and moving grasp for connection and meaning in the midst of a slow demise that he finds nonsensical.

Antosh speaks and drums in turn, with his drumming varying as his emotions fluctuate: there’s slow, barely audible tapping, ferocious smashing and everything in between. This buoyant sonic landscape carries his emotions with ease, despite his fight for acknowledgement from his grandfather. There are memories and dreams, conversation with his much more pragmatic father and a constant struggle to yank his grandfather into comprehension.

This unrelenting drive is sadly relatable. It’s a moving articulation of hope and optimism in the face of death’s inevitability, a properly Sisyphean endeavour. There are hints of the grief process under the surface as Antosh's emotions move through a spectrum of pain, loss, anger, frustration and belief. This constantly fluctuating emotional world keeps the performance interesting despite minimal staging. It’s an effective tribute to those who have left us.