Review: If This Is Normal

Once it gets going, this show digs deep into the darker parts of adolescence 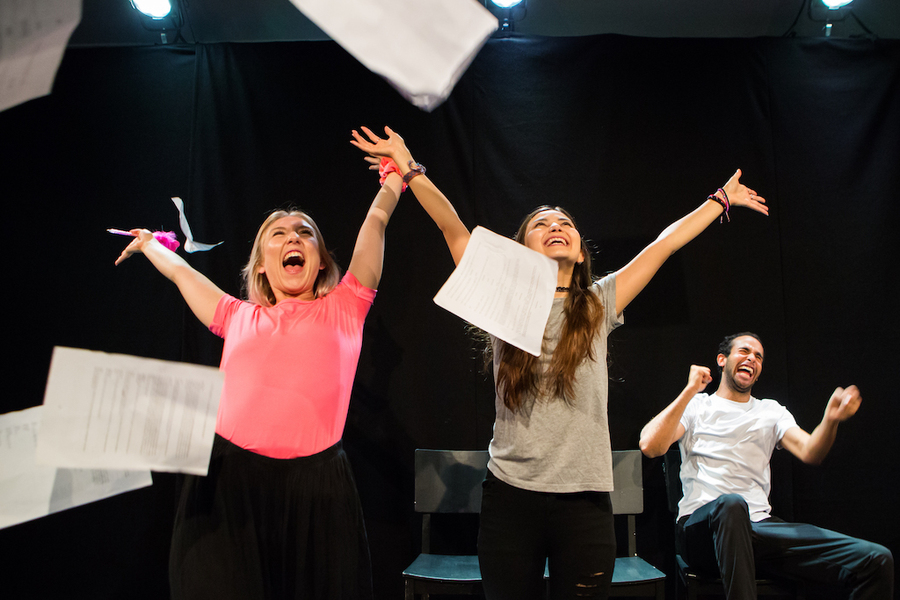 Lucy Danser’s new play explores the friendship between siblings Madani (Issy Rawbone) and Maryam (Zarima McDermott) and their schoolmate Alex (Aoife Smyth) from the first moment they meet, at eight or nine, to the long summer after A-levels. Each narrates their experience of the intervening ten years, as the stories they tell each other and themselves begin to diverge, and secrets fill the gaps.

At first the direction seems confused. The early scenes are cluttered with too many costume changes and odd choices; despite playing siblings, Rawbone and McDermott adopt entirely different accents, and both occasionally confuse acting young for being loud. A blank in Madani and Maryam’s narratives around their father feels too deliberate, as though the show is unwilling to broach a topic it won’t fully confront. (After a single racial slur early on, race never comes up again either). However, the otherwise adroit script zips along and the cast are all energetic performers, charging around the space and keeping things moving.

Once the group reach that last summer, the show improves tenfold. Smyth is a revelation, pulling together tremendous comic timing and her extraordinary range as Alex is forced to reckon with adulthood too soon. The writing handles the subject of a traumatic sexual encounter with nuance, sensitivity and grace, and Smyth performs it beautifully. Here there are no gaps - all angles and perspectives are fully explored, without flinching away from uncomfortable possibilities. The resolution, such as it is, is similarly complex and bittersweet.