Review: In the Shadow of the Black Dog 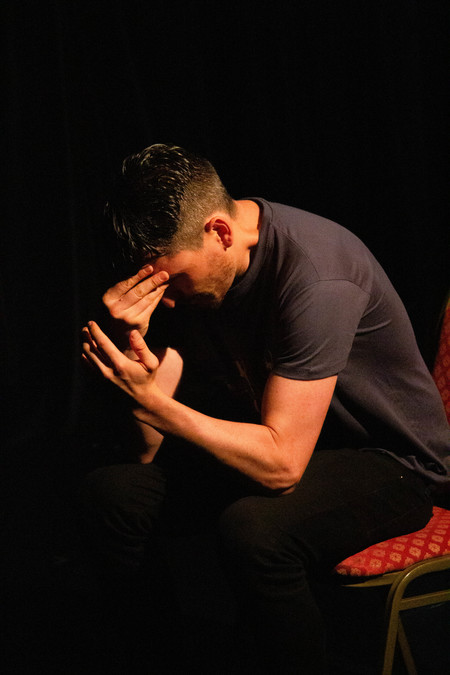 In the Shadow of the Black Dog

The straight, white, cis gentleman is somewhat fucked when it comes to Fringe theatre. The problem is simple: their woes are not all that interesting; there are bigger fish to fry. That being said, the silent epidemic of male suicide and the emotional constipation that helps it proliferate is a fertile subject still underexplored. But the laddish humour of Daniel Hallissey's In the Shadow of the Black Dog doesn't feel like the best angle from which to approach the subject.

The monologue follows jack-the-lad Alquist (played by Hallissey), who begins the show at stool, worried he might have cancer because his arsehole looks "like a bunny chewing a strawberry". He gets distracted from his bowel anxiety, though, with the news his best friend has taken his own life.

Hallissey was inspired to write the show after his own best friend died, sending him into a tailspin, which makes it odd that in Alquist he's created a rather unsympathetic character. Perhaps Hallissey is being brutally honest about his own foibles, but Alquist's displays of toxic masculinity—including a crypto-MRA rant after a young woman complains he was too rough in bed—are rarely criticised.

As a performer, Hallissey is technically accomplished (his eyes glass up at the drop of a hat) and the storytelling and simple staging are inventive, but the writing is often downright trashy as well as distasteful. If the Fringe handed out bad sex awards, a line like "the sex was so good, even Godot came" would surely nab it.