A furious and fiercely powerful piece of verbatim theatre 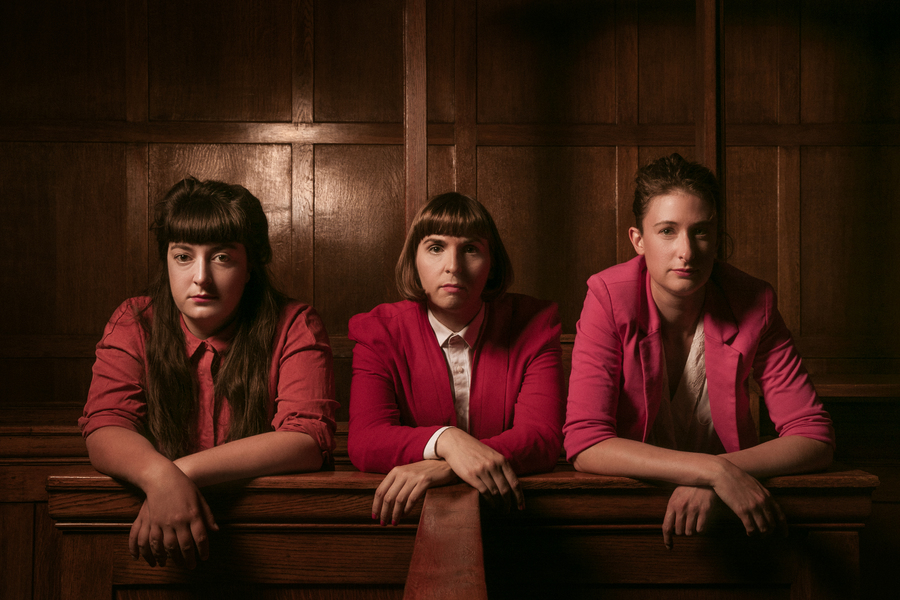 There’s a gut-deep scream of fury which reverberates through history in Breach Theatre’s newest show. Based on the court transcripts of a 1612 rape trial where the Baroque painter Artemisia Gentileschi accused her painting tutor of rape, Billy Barrett’s unflinching direction resists the urge for overt references to the #TimesUp movement. It’s not necessary because the links are already there. Barrett simply presents the verbatim text with an unwavering gaze against Luke W. Robson’s ascetic, steely set, which neatly evokes the brutality of the trial.

Ellice Stevens gives a toweringly dignified performance as Artemisia, her righteous fury shining out as she bellows the titular words at the audience over and over again until they dissolve into air. As a counterpoint, Sophie Steer gives a terrifying, magnetic performance as Agostino Tassi, Artemisia’s accused rapist who continually belittles and gaslights the women in the courtroom. Barrett intercuts the unsettlingly prescient court transcripts with interludes wherein Artemisia is given space to explicate and unfurl her paintings’ meanings to the audience. It’s in stark contrast to her courtroom brutalisation, and Barrett’s scoring of the show with Courtney Barnett and Mitski lends the production a rough and fierce contemporary edge.

It’s True… however, loses a little direction at its close, with an ending which feels rushed out and somewhat sloppy. That is, however, a small price to pay for the power and depth that precedes it.