Touching in places, but mostly clumsy 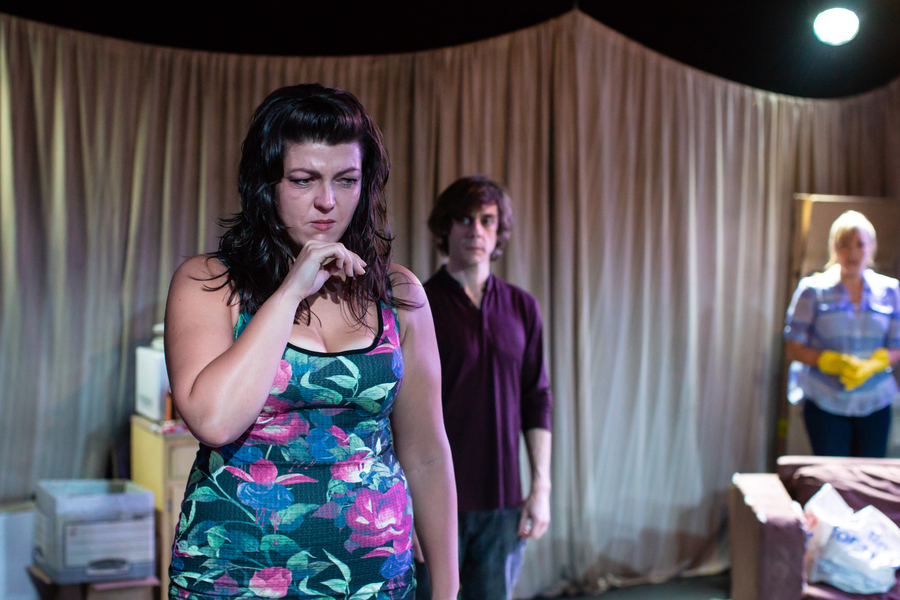 Like so many shows at this year’s Fringe, Leave a Message has its roots in lived experience. The tightly confined three-hander, written by Ed Coleman and James Mitchell, is based on the afternoon Coleman spent clearing out his dead father’s flat. Sorting through the detritus, Ed soon finds himself reflecting on his own life. Is he just repeating his father’s mistakes?

The first thing you notice about Sarah Mercadé’s detailed set is the mess. The small stage is crowded with junk – unopened letters, books, empty bottles, laundry. With his friend Sarah, Ed wades through this sea of stuff, looking for clues about his father’s final days. It becomes clear that he drank himself into an early grave, dying in isolation and squalor – a fate that Ed fears he may also be hurtling towards.

All of this is clumsily uncovered. An answering machine is the main conduit of information, a device that is increasingly contrived. It’s convenient that the messages are listened to intermittently, drip-feeding dramatic revelations, and that a crucial phone call arrives just as another character is walking back into the room. The play starts to feel like a series of laboriously connected plot points rather than a convincing narrative.

There are some touching moments between the characters, but mostly Coleman and Mitchell’s script meanders, treading water until the next bombshell. And when Ed finally does confront his demons, it feels abrupt and unearned, as though the play were in need of a quick conclusion.