An original and beautifully staged take on love and communication 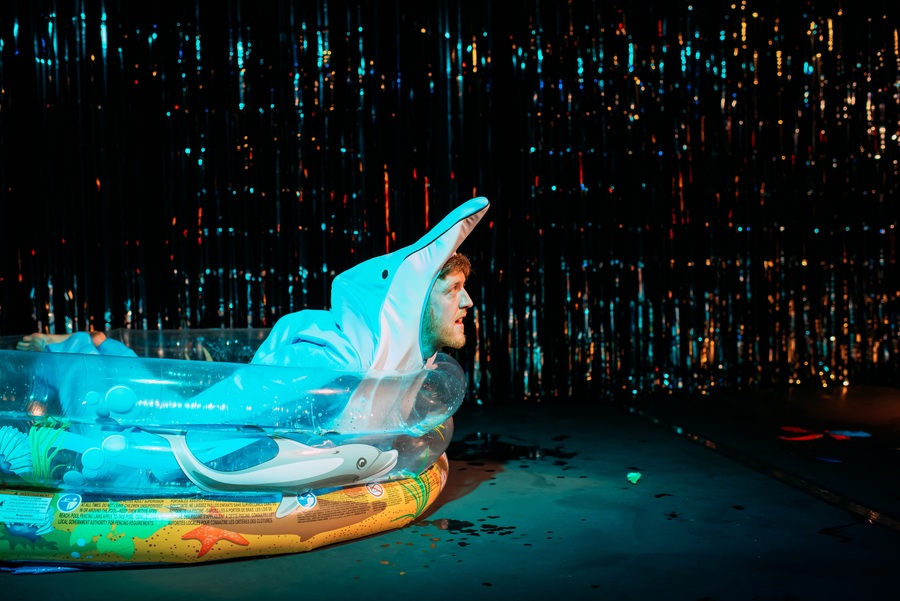 Parrots are learning to speak; dolphins and humans are living together; and real life couple Kim and Pete are trying to talk to each other clearly. Like Animals weaves these stories—at turns surreal, funny and sad—together cleverly, using real-life animal experiments from the 1960s and 1970s to explore present day love and communication.

Like Animals is a bold production, constantly shifting in tone so that its actors move between performing sketch comedy, to emotional monologues, to double-handed dialogue about this real couple’s real life. Their skill and the beauty of the somewhat surreal staging and direction makes this work more than the concept does.

While the intention is clear and the prism through which it is explored a clever one, Like Animals stops short of really interrogating its central ideas. We’re invited to start drawing comparisons and lines between the different relationships depicted, but the script doesn’t ultimately pay off on these. Moments that should clearly be deeply moving aren’t felt quite as intensely when the build-up isn’t all there.

Perhaps, for a show that is ultimately all about how difficult it is to communicate clearly, that doesn’t matter. This is a sweet and well-handled piece which is impressive in its originality and production. As its actors embody parrot, dolphin and human, we’re reminded of how similar we are and also how different – be it humans and other species, or just trying to know and understand each other.