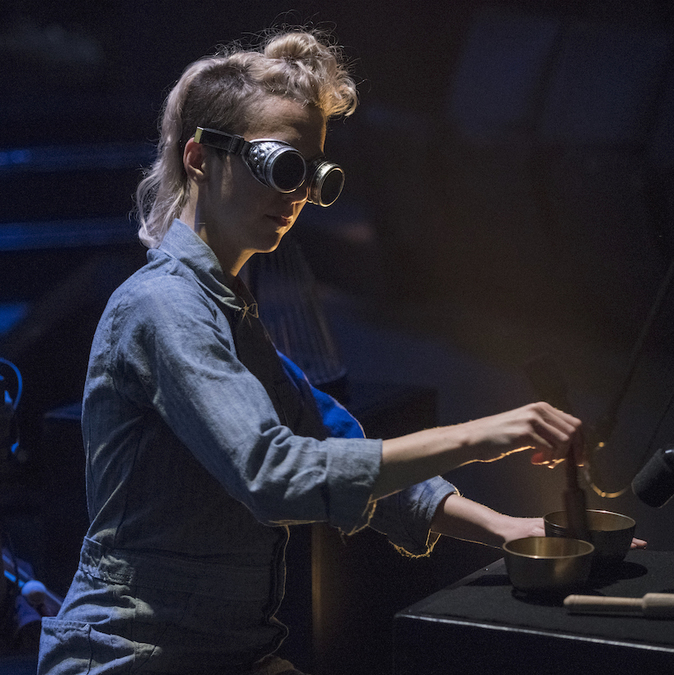 There's a technical perfection to Manual Cinema’s production of Frankenstein. An entire movie is constructed before your eyes thanks to a seamless combination of shadow play, puppetry and silent actors choreographed against rear projections.

It’s self-evidently impressive and even the occasional mistake (a prop brought on backwards or a transition oh-so-slightly mis-timed) testifies to the continuous precision of the performers and the musicians accompanying them.

They’re all on show, twirling and diving beneath the big screen where their efforts are scrolling along smoothly. It’s hard to know exactly which area to focus on at any one time.

The freshly-made movie itself is a fairly standard rendition of the monster myth, well-edited and nicely bookended by biographical bits, but very traditional nonetheless. Visually, it harkens back to early silent chillers and the James Whales pictures of the 1930s. It’s essentially the Frankenstein film you have in your head, which is cool, but a couple of anachronistic moments—such as Byron and Shelley high-fiving each other—suggests there could have been a more playful version of the tale.

Perhaps the insistence on elegance and authenticity is why the ending (without any torch-wielding villagers) feels slightly flat. But still, set within the atmospheric surroundings of McEwan Hall, this is an unforgettable voyage into Gothic horror.