A grating satirical musical that won't resonate unless you saw the 2001 musical it spins off from. 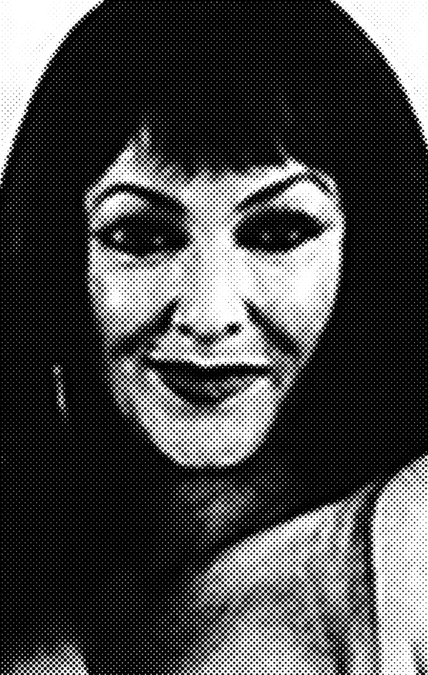 In this one woman musical satire, Frances Barber revives her role of Billie Trix from Jonathan Harvey’s 2001 musical Closer to Heaven. The new spin-off meets Trix as an overdone diva, demanding, impatient and living off her stories of show business.

She says this show is like open heart surgery but it feels more like waiting for the anesthetic to wear off. Sassy, bored and restless, the whole show is resonant of that dotty relative who doesn’t ask questions in conversations and hogs the microphone at karaoke.

Trix’s story takes us from 1960s Berlin to London, Paris and present day New York. She name drops the famous faces she’s met and the ideas they stole from her. Madonna’s eyepatch? Warhol’s soup? Trump’s wall? All Trix’s ideas. She cuts a line of coke on her tambourine and dusts the rest off into the audience.

With a DIY aesthetic, the Photoshopped projections look like they were scraped together half an hour before. They glimmer behind her as she performs original europop disco music by the Pet Shop Boys, gaudy and overly-repetitive. She tells us that everyone comments on how bad she is at singing. She never takes the hint.

If you loved Closer to Heaven, Musik will no doubt entertain. But for those who missed it first time round, this satire fails to stand alone. Instead, I’m checking my watch every five minutes waiting for it to end. Trix wouldn’t be too offended; she’d probably just say "ypu didn’t understand the artistry, darling".