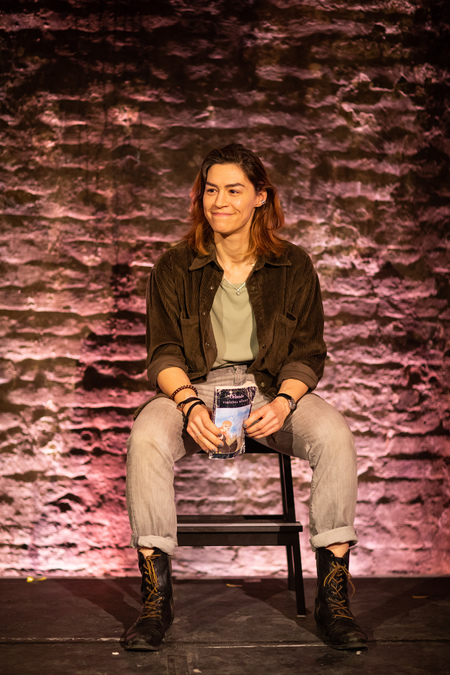 Issues of identity, labels and individuality are more current than ever, and there are many crude and superficial explorations of them on offer at the Fringe. Lucy Roslyn’s Orlando is something more sophisticated and thoughtful altogether: a captivating, intricate weaving together of her own story and that of Orlando in the eponymous Virginia Woolf novel, this is a performance that will stay with audiences.

Woolf’s Orlando tells of a character who moves through space, gender and history, shifting identities, locations and time periods while always remaining Orlando. If only our current society allowed us to shed labels and shift identities so freely, Roslyn posits, we might be able to make better sense of our own experiences.

Roslyn very effectively binds Woolf’s Orlando together with her own story of love and identity, returning to particular motifs and lines throughout the performance to guide the audience through what could otherwise be dense and complicated material. Instead it feels flowing and unforced, with the hour structured into its own chapters. The stage is sparse, but its two lamps and wooden stool are used to great effect, Roslyn playing both with the lighting itself and with the physicality of the lamps, which stand in at various times for other characters or settings.

Most strikingly of all in this one-woman show, Roslyn is a completely captivating and magnetic performer. There is no fourth wall, and no chance to take your eyes off her – but you wouldn’t want to even if you could.