This one-woman version of Orlando is poetic and engaging 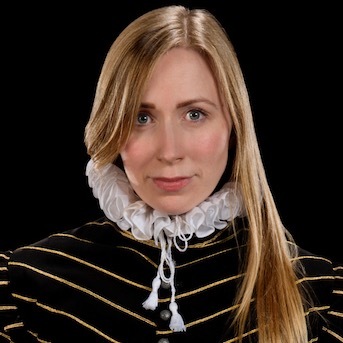 Virginia Woolf's ode to her lover Vita Sackville-West is a vivacious romp through English history. Told from the perspective of a young man who dreams of being a poet, he wakes up at age 30 to find he has been transformed into a woman. Remarkably unfazed, she continues to relish life until the present, embracing the excitement of an aristocratic lifestyle.

Adapted and directed for the stage by Elton Townend Jones, this monologue for one actor is performed by Rebecca Vaughan. She commendably carries the 90-minute show with all of the energy of the character she plays. From service in Elizabeth I's court through revolution in Turkey, the height of the British Empire and two world wars, Orlando embraces it all with a charming, watchable zeal. The 90-minute running time pushes the boundaries of a reasonable length for a one-person show, but Vaughan's performance keeps the story interesting through its changes in tone and minimalist staging.

The vivid language of Woolf's novel is preserved in the script. Combined with Vaughan's delivery it makes for an engaging production with plenty of theatricality. Orlando, in both the book and this staging, is a charming character that would be a pleasure to know, despite being ridiculously posh. An epic poem that Orlando has been writing since the Elizabethan Era,'The Oak Tree', helps provide a through-line and gives the story some purpose. However, the contemporary extension of the novel goes on past what feels like its natural end, however. Cutting 20 minutes or so would make this show even sharper.