Phosphorous Theatre are theatrically at best when focussing on personal stories 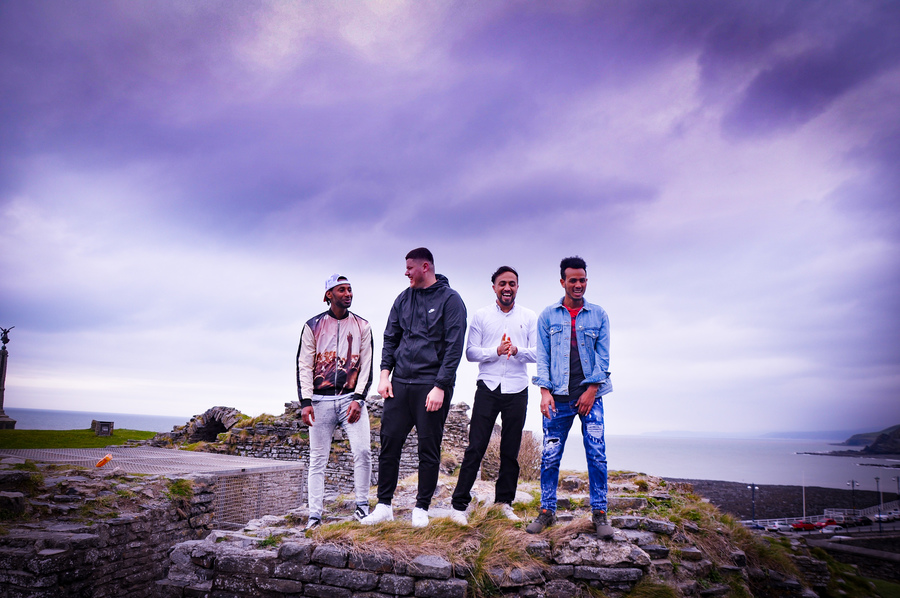 "We are heroes because we have to be," say Tewodros Aregawe, Goitom Fesshaye, Emirjon Hoxhaj and Syed Haleem Najibi in unison. All were unaccompanied asylum seeking children – from Eritrea, Eritrea, and Afghanistan respectively. Between them they speak at least eight languages, many of which they use in this clear-eyed telling of their stories: their pasts, their travels, their present lived realities, and their imagined futures. They are supported on stage by Kate Duffy, who also co-directs.

It's hard to say whether this works as a piece of theatre – there's plenty here that might get directed out in a theatre company serving a different purpose. It's a compelling suite of stories, and the central narrative, told as a myth quest is an effective way of recasting the UK's hostile environment for refugees in a new and unforgiving light. The use of pizza boxes as signboards is fun, but some movement-based interludes retain the impression of a workshop rather than driving at dramatic ends; a "myth busting" section sits at odds with the personal storytelling and feels more like a policy explainer or research summary, shoehorned in.

In that sense, the packaging is irrelevant as compared to the importance of the stories being told. We're not here to judge, just to listen.