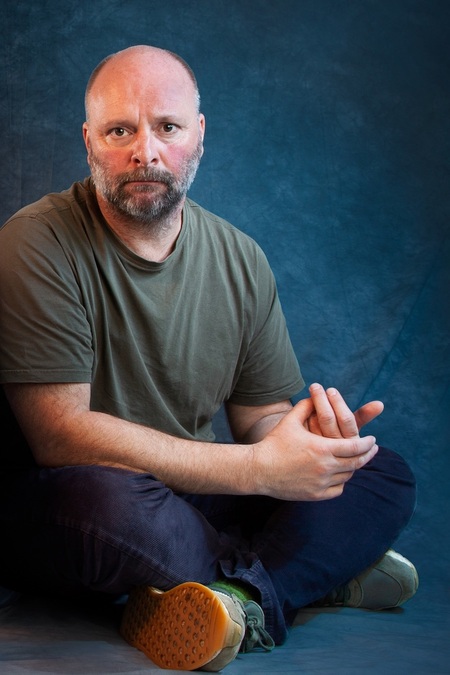 Charlotte Josephine’s challenging new play is all about the faltering connection between a failing father (Nigel Barrett) and his semi-estranged daughter (Sophie Melville). It’s an elliptical piece that seems to exist in a closely neighbouring parallel universe. Everything is recognisable—shared telly time, tea and biscuits, conversations about job interviews—but the domestic rituals are rendered with an alien oddness that is equal parts dislocating, sinister and sad.

At some points, time stretches to become bewilderingly slow and wilfully boring, at others it fractures so that days pass in minutes. Dad’s friendly refrain of “hello love, come and sit down” strangles the last traces of sanity from the poky living room where the story takes place.

This is affecting experimental theatre that chooses to omit many of the questions that would clarify the narrative: Where is mum? Where has the daughter been? What exactly is the backstory they cannot confront?

As we wade deeper into this slow-burning nightmare, it becomes clear that music is a metaphor and that playing Ray Charles on repeat is a stand-in for something darker.

The show notes tell us this story is about addiction, but it’s left unclear exactly what kind, or what damage, it’s done. For the most part, this ambiguity is the play’s strength, though ultimately the mysterious mood proves frustrating, slightly undercutting the intense performances by Melville and Barrett.