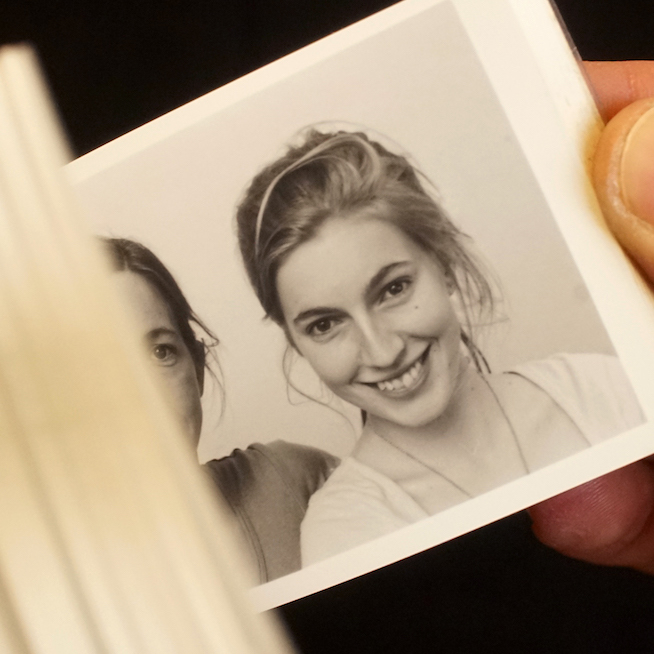 In 12 seconds, Volker Gerling can capture a piece of the soul. He compiles images of his subjects into a flipbook, then generates joy simply by flicking through the pages.

Portraits in Motion started in 2003, when Gerling walked from Berlin to Basel and created flipbooks of pictures of interesting individuals he met along the way. By putting these black and white stills together, Gerling plays with time and celebrates the gaps that occur between the clicks of a camera, spaces that an audience can fill in.

In these moments, Gerling’s subjects reveal a hidden truth. With the exception of two boys—who stay unnervingly still for 12 seconds—each person inadvertently shows their true self in their expression. Married couples have love in their eyes. An elderly gentleman painfully accepts the inevitability of his imminent death. A girl is pleasantly surprised when she first sees her shaved head.

Gerling shoots landscapes too, although they provide less of an emotional impact. They lack the intensity of the flipbook series of Ariane, for example, who Gerling shows ashamed of her freckles at the age of 13, then sparkling with self-confidence six years later.

Structurally speaking, Portraits in Motion lacks variety – Gerling tells a story about the flipbook he then presents. But the connection between audience, photographer and subject is instantaneous and intense.