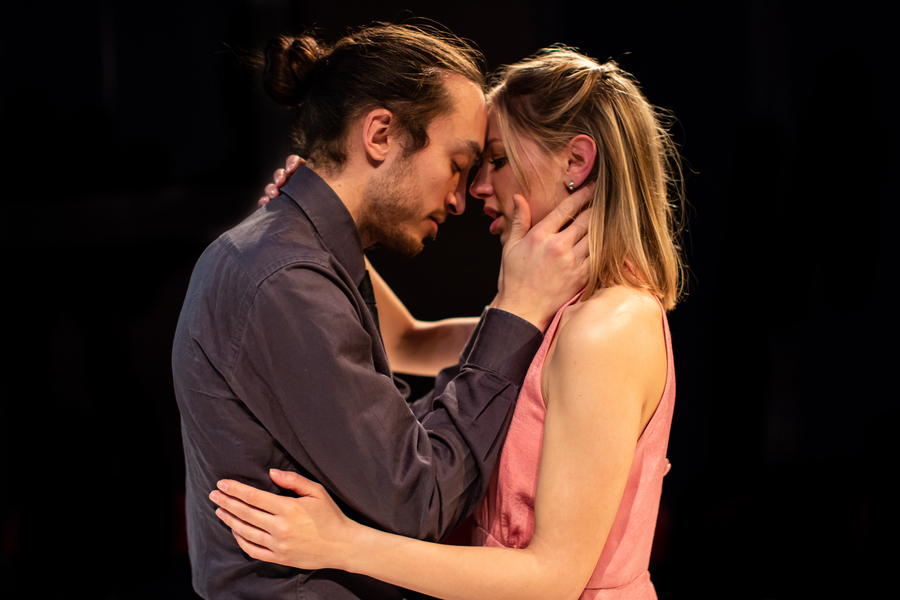 Shifts in time, interpretive dance and a portfolio of puns are all integral to Post-Mortem, the portrayal of a dysfunctional relationship that covers the rise and fall, offering a glimpse of how redemption could be found. It’s a show that suits its early morning slot, a gentle, politely mannered drama even when it covers more controversial subject matter. A lack of edginess doesn’t prevent it from being a perceptive work.

Introduced as adults, the shifts in time allow the audience to go back to meet Nancy (Essie Barrow) and Alexander (Iskander Sharazuddin) as teenagers, witnessing their first encounter in a Biology class at school. They are from different worlds, she identifies as a Christian, he’s a Muslim (or at least from a family that openly take the "best bits" of their faith) who says he’s "more white than brown in this climate".

What’s interesting about Post-Mortem is the way it considers what relationships mean at different stages of a life. For a teenager who’s still figuring out their identity and the person they want to be, being taken out of their comfort zone can be not only thrilling but essential for developmental purposes. This is true of Nancy and Alexander, and looking back on why their relationship didn’t last the distance (while locked in a toilet at a best friend’s wedding) they establish that communication is mostly to blame. The portrayal of young love is warmly written, and Post-Mortem is occasionally very funny. I doubt the the 'Macarena’ is utilised to better effect anywhere else this month, anyway.