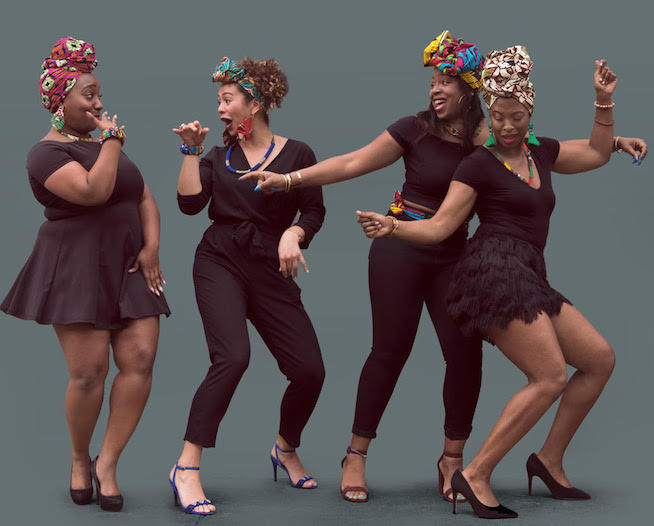 Queens of Sheba stands up to "misogynnoir": the point at which racism and sexism intersect. Where it doubles up, black women bear the brunt. “I am a mix," four women on a bare stage say in sync, “of both sexism and racism. They lay down equally on my skin.”

Transforming routine experiences of criss-crossing prejudices into fluid, fighty spoken word texts, Queens of Sheba burns with fury beneath its light comic touch. Interspersed with sing-a-longs of black women’s songs, it’s a vociferous demand for R.E.S.P.E.C.T., pushing against bullshit on two fronts at once.

Jessica Hagan’s text, adapted by Ryan Calais Cameron, moves smartly from white microaggressions to outright violence at the hands of black men. A piece that starts jovial, sending up the standard "where are you from from?" workplace faux pas, slowly turns its glare on black men who may have been laughing along. It tears strips off hip hop’s ingrained misogyny, showing how such attitudes seep into real life: men push their luck, sexual assault becomes rife. “Are you really our biggest oppressor?” they ask in disbelief. “Are you really our biggest oppressor?”

By speaking in sync, they make this a shared experience, equally owned by every black woman. The foursome—Winifred Opoku, Rachel Clarke, Jacoba Williams and Koko Kwaku—become a contemporary Greek chorus; the collective to the story’s side. But they’re a girl band too, a gang of mates, and the real joy of Jessica Kennedy’s slick, snappy staging is that they have such fun. A righteous delight.