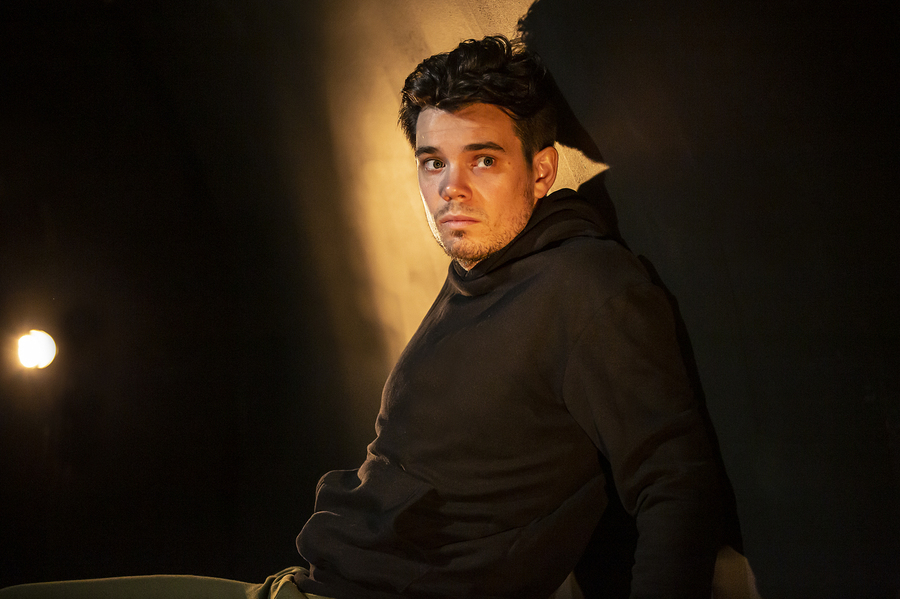 Writer and performer Alex Gwyther delivers a heart-pumping, physically intense monologue, battling with trauma to mould his character into the stereotype of the “real man”. Moving to a different town following a sexual assault in a local park, Jamie—now reborn as Jack—ditches his best friend Sam, who’s mostly concerned about how Brexit is going to affect the price of Freddos, and befriends Max and a group of beer guzzling, cocaine sniffing lads. His role model is Rambo. He wants to become the ultimate warrior. He thinks that being part of a pack will mean he’s safe forever. He finds out that he couldn’t be further from the truth.

The stage is bare save a small black bench and can of Stella Artois. Lighting is warm and bright as Jamie relives his friendship with Sam, but a single side light casts dark shadows against his face as he fights through the presence of his own insecurities. The sound design rumbles in the clubs and bars, twigs snapping in the park, with a horrifying screeching that undertones the slurping of beer. Tension builds with the music. A plot twist drops and the air becomes motionless, dry.

Gwyther performs hard labour. He is totally engrossing, effortlessly transforming into the different characters: nervous hands as he tries to impress the lads, chest stretched out as he embodies and becomes the product of toxic masculinity. Sweat drips speedily from his face and his hair becomes a soaking mop. His body stiffens at the climax. The story alternates between the past and the present with Jamie firmly trapped in the middle. Gwyther’s storytelling is magnificent in its execution and engages with a topic matter that is crucially pertinent to a silence that still begs to be broken.