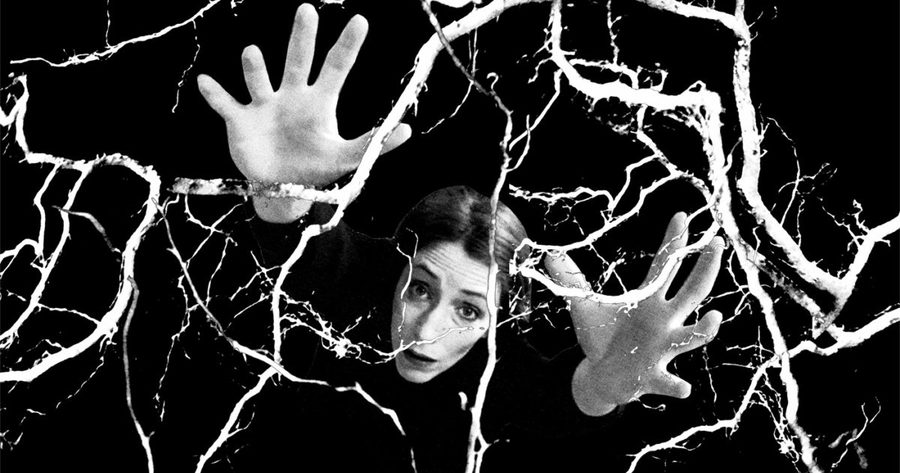 The find of the Fringe back in 2007, the lip-smacking live cartoons of company 1927, have whizzed round the world: Sydney Opera House, Los Angeles, London’s West End. Since that scrappy breakthrough, The Devil and the Deep Blue Sea, their shows have only grown in skill and in scale.

Roots is a return – and in more ways than one. Not just back to this city, but right back to basics. Back to what writer Suzanne Andrade and illustrator Paul Barritt do best: seemingly sweet short stories with a sharp sting in the tail. An anthology of “folk jokes, anonymous anecdotes and stories from a simpler time,” Roots turns to traditional morality tales for our times. It’s another kind of rewind altogether: a reminder of the foundations that bind us together.

These are stories of rampant, runaway greed and of its opposite: grinding everyday hardship. There’s a fat cat that gobbles everything up—its mistress, its mates and the meaning of life—and a couple of fishermen who kill for a catch to find themselves left with fewer fish. Giant ogres are downed like grinning Goliaths and animal lovers face death paw-in-paw.

As old-school moral morsels, they might feel familiar, but Andrade’s wry wit and pointed economy makes them as moreish as a box of chocolate truffles. Roots practices its preaching too: Barritt’s homespun animations are deliciously DIY and the slightly clumsy narration by family and friends adds to the charm of this celebration of stories shared among a community.