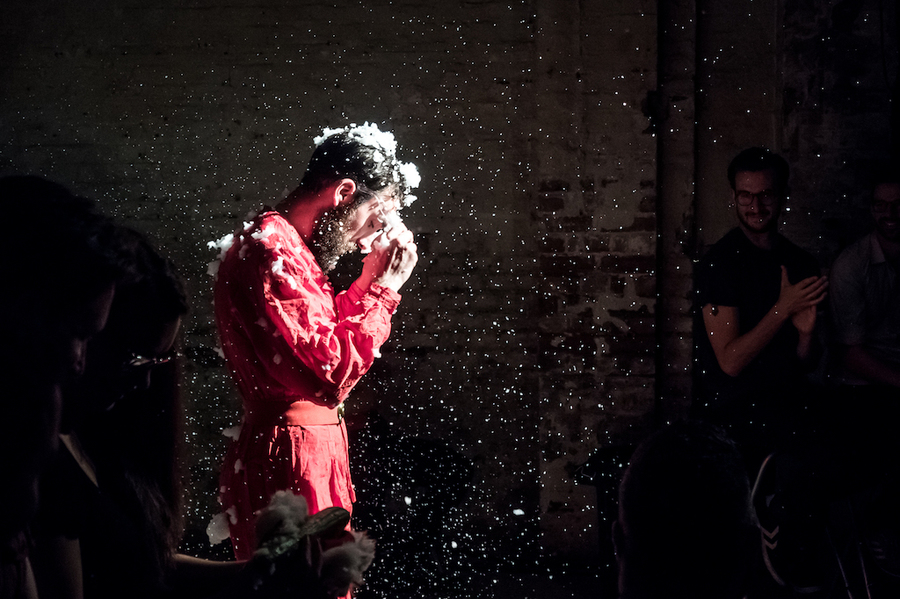 LGBT+ inclusive sex education is suicide prevention. That’s the message of artist and provocateur Harry Clayton-Wright's Sex Education, his debut solo theatre show at Summerhall. And it’s a message that is powerful and playful. Over an eye-popping hour of lecture, video and recorded interview, Clayton-Wright delves deep into his sex life—its pleasures and its pains—and points out the paucity of proper sex education in society.

There are light moments—the story of how Clayton-Wright got hold of the bright, white wedding dress he wears for the first half of the show is priceless—and there are darker ones, too; memories that make Clayton-Wright question how well his parents prepared him for the life he now leads.

He’s a funny, frank performer, with a bone-dry wit and a carefree smile he cleverly uses to suggest inner torment. And, as he proudly asserts in a read-aloud letter to his mother, he doesn’t even need to put anything up his bum. Onstage, that is. Don’t be put off by the content warnings or the questionable cucumber sandwiches: this is a titillating show with a truthful, tender heart.