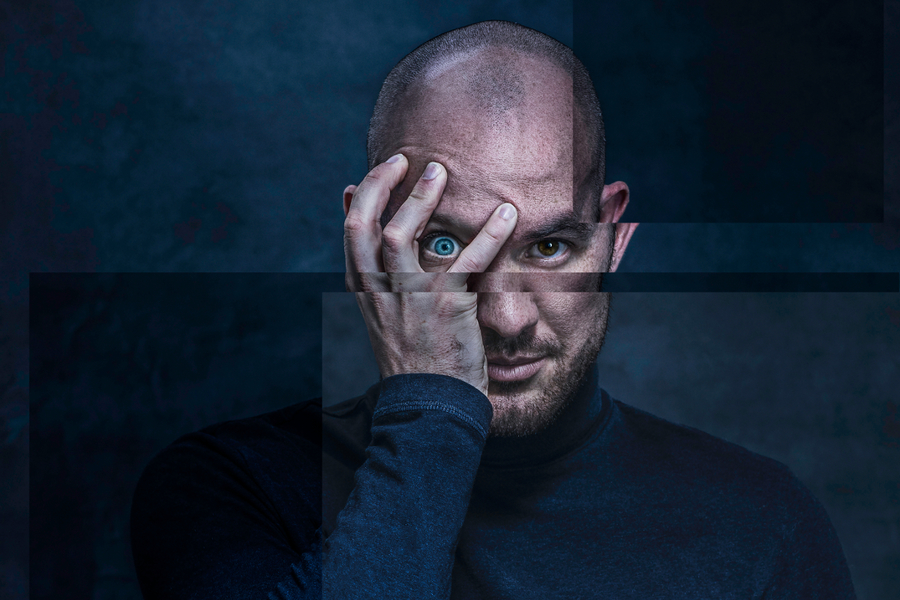 Binaural sound can mess with your head. The room you’re in seems to shift around you. You feel breath on your neck as a voice whispers in your ear, even though you know there’s nobody there. This uncanny quality is the starting point for SHINE, which uses the binaural audio toolbox to take audiences inside the head of a desperate father.

The starting point is familiar: a young girl has gone missing. After five months, only her father Max still holds out hope, continuing the search after everyone else has given up. But as he pursues the truth, his mental defences begin to break down, to the point where it’s no longer clear what’s real and what’s not.

This story is told through often dreamlike physical sequences and an unsettling binaural soundtrack. From the beginning, everything makes us doubt what we’re seeing and hearing. Uncertainty, though, stands in for plot. SHINE is billed as a thriller, but it has none of the genre’s carefully spun tension or complex narrative twists. Instead, storytelling dissolves into a mess of fantasy and delusion.

The show’s treatment of Max’s mental distress often verges on offensive, physically manifesting itself in frantic, over-exaggerated movements. Even worse, his “inner voice” is staged like a pantomime baddie, with a grotesque mask and villainous cackle.

Binaural technology has so much potential for psychological exploration, but here it’s wasted on a flimsy story and a two-dimensional portrayal of mental illness.