A brutal exploration of the misogynistic class struggle 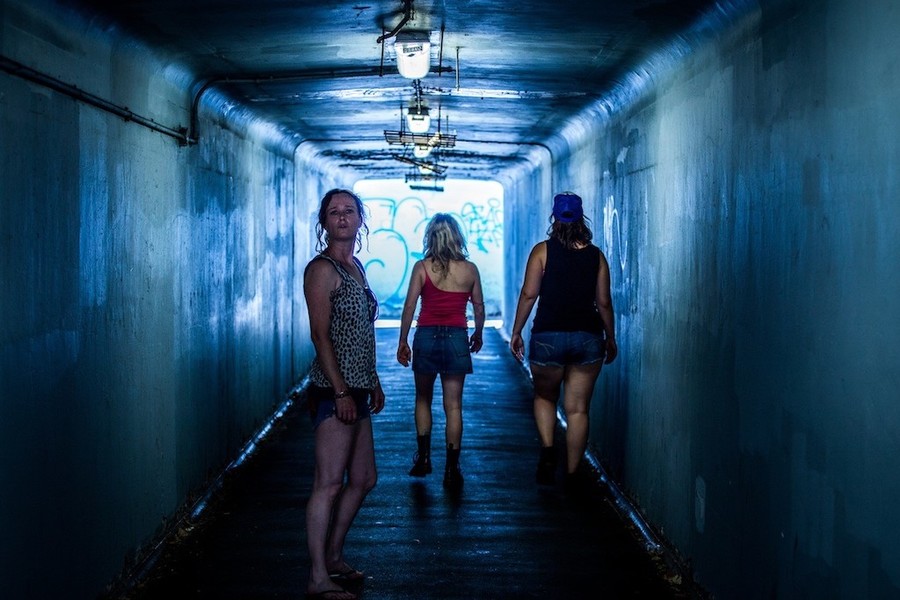 Three working-class women are trapped their whole lives by institutions. First a foster home, then a prison, following an undisclosed crime. They’re adults now, but still act like teenagers. They swear a lot. They realise they can hardly string a sentence together without shouting out a profanity, and the limits of language—a presumably disadvantaged education—reflect directly in the consequential physical violence. Performed with electric charisma by Nicci Wilks, Sarah Ward and Peta Brady, Shit is a brutal examination of a misogynistic class struggle.

There’s a slapstick quality of physical humour and violence that has been tightly directed, alongside a vicious wit. Humorous at first, the cruelty soon undermines the laughter. Bobby tells the others they’re a man, and an action of bullying is difficult to watch. The three of them attack each other through a dialogue that beats up speech with cutting speed. Sam thinks she wants a baby. Maybe that’s what she needs to be saved. Billy doesn’t feel pain. She’s learnt to cry on cue when she needs to though.

The timescale of the play, like others aspects, is ambiguous and hard to cling onto. Like the defence mechanisms that the three hold up like shields, the play doesn’t quite let us into the world it’s describing. An enigmatic grey wall, about a metre high, fills nearly the width of the stage. They talk directly to an audience at one moment, but it’s tricky to know who’s listening. It ends up feeling a bit disjointed – episodic segments that don't quite tie themselves together. It’s a pleading cry for help, tragically disguised within three fierce faces that will protect themselves by whatever means possible, a coping method one is forced to embrace when the cards they've been dealt are just a bit shit.