A site-specific escape from macho culture 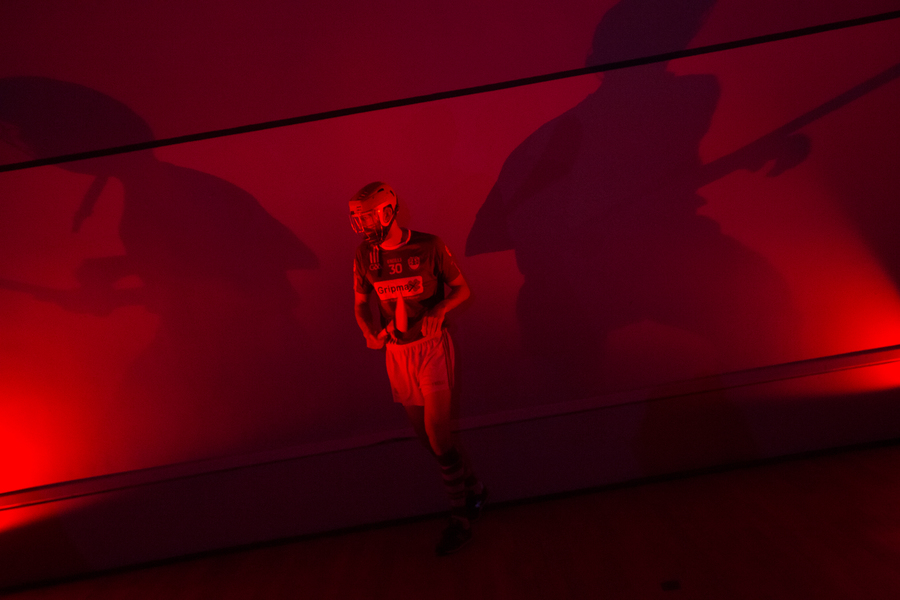 Cork, a city of 125,000, has no less than 265 GAA (Gaelic Athletic Association) clubs. To hear the club names recited, one after another, it's not hard to see—to feel—the similarity between Ireland's biggest sporting organisation and its biggest religious one. They are, in essence, the same totalising cultural phenomenon, enveloping man, woman and child into their normative folds. "We think the same; we like the same; we hate the same," warns Timmy Creed in this one man performance.

Where Creed excels is in building, and contrasting a mood. He's believably, aggressively energetic as the all-in GAA man, threateningly whacking a "sliotar" with a "hurl" against the squash court walls. It's a genuinely exciting staging choice, all claustrophobic, squeaky and echoey. As he starts to come unstuck from this macho culture, he builds to an excellent crescendo, if via slightly clumsy monologue ("That's not me. It is me."). This contrasts beautifully with a calm colour, physical and verbal palate as he descovers skiiing, acting and yoga – swapping the stifiling team dynamic for one of individual openness and expression.

The problem is he's sometimes unsure what to do when he has created these moods. Reaching fever pitch, Creed stays there too long. Sure, he poses beautifically, chanting sanskrit in tree pose, but what next? At times this feels like a mood piece rather than the cultural exploration which, at heart, it is. His final "synthesis" does well to "blur the edge" of these two cultures. It's a clear emotional and theatrical experience, if with a few knocks along the way.