Directionless exploration of one man's loneliness 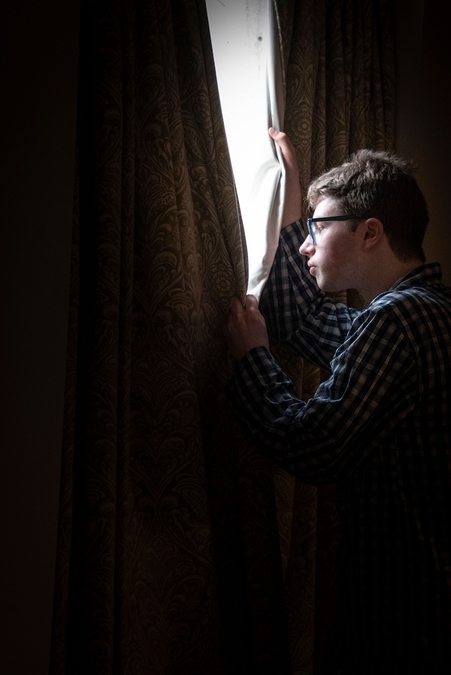 Stanley lives alone. He listens to the radio for company, but hates the "interruptions"; the endless stream of bad news. He likes classical music, and he loves The Archers. His only relationship is with his older sister who calls once a week, until he disconnects his phone.

The play spans 20 years of Stanley's life, and his slowly declining mental state as he cuts himself off entirely from the outside world. It is a sad tale of a lonely life, and though the play is set in 1950, it could be the story of anyone's neighbour.

Unfortunately, the script and direction are confused, often starting in directions that aren't followed through. The monologues jump from first to second person in an attempt to place the audience in Stanley's shoes, but these transitions jar and confuse.

It is a play three acts, each broken up with a montage sequence. The radio plays news headlines and music to show the passing of time. Stanley is engaged in a repetitive routine of making tea, ironing, and yelling at the outside world and his neighbours to "shut up".

While performer and writer Conor Clarke McGrath's intentions are noble, these sections last too long, with Clarke McGrath leaving the stage each time and directly pulling us out of the claustrophobia of Stanley's world. There are some emotional moments, and engaging points of characterisation, particularly in the third act, but overall this show doesn't achieve what it sets out to do.