Review: The Cat's Mother by Wildcard and Reid Productions

What do you do when Dignitas is too expensive? 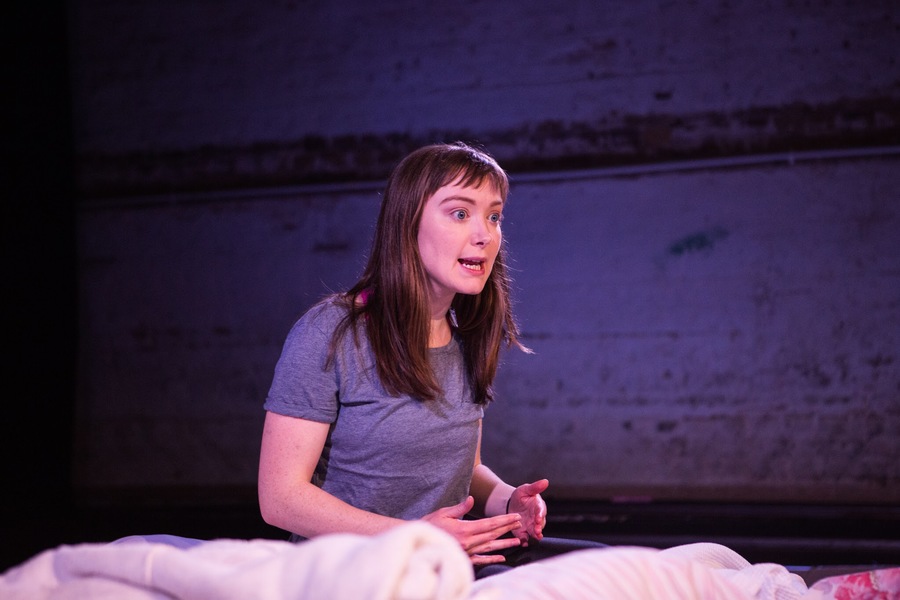 Sinead’s been watching crime dramas in preparation for doing in her mum. In this up-and-down Irish comedy, two sisters squabble over their ageing mother, their frustration quickly turning to murky ethics and questionable weekend plans.

Struggling to look after their mum (“stop saying ‘mum’, it’s ‘mam’”) as Alzheimer’s picks her apart, long-suffering Sinead (Eimear O’Riordan) can’t cope anymore. She dumps the responsibility on PC-posturing Ciara (Sarah Madden), who is quickly overwhelmed with guilt at the realisation of just how hard it’s been for her sister. Their back-and-forth is sharp, but too quickly their prickly insults climb in volume rather than in wit.

Kate Kennedy is hilarious as a variety of secondary characters, from an overprotective barista in Pret to a terrifying personal trainer. Each scene she’s in has a little more space to breathe. She prowls the stage with confident control over our laughter.

After its strong start with Sinead dithering over how to tell Ciara her plan, Erica Murray’s script doesn’t know where it wants to end up. As a result, it loses a slip of humour every time the sisters change their minds. The set doesn’t help. The giant bean bags they lie on sink both them and their energy, at times preventing those at the back of the audience from being able to engage.

The Cat’s Mother strides through the increasingly common problem of dealing with ageing parents but only really skims across the emotions behind it all. Its dark humour is tinged with sweetness, but it never fully gets its claws out.