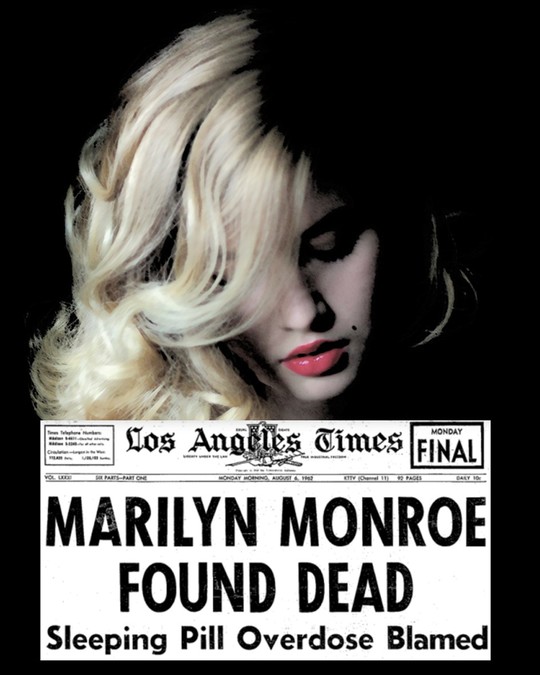 In the early hours of 5 August 1962, Marilyn Monroe was found dead from a suspected barbiturate overdose. This new play by Vicki McKellar and Guy Masterson imagines the goings on in the hour or so between the death of the film star and the time the LAPD were called. A cast of seven move from despair at the macabre discovery, towards agreeing a cover-up involving Russia, the Kennedys and the security of the USA. If nothing else, what we really need now is another conspiracy theory, right?

It's a measure of Masterson's popularity that an announcement regarding a cast member's inability to perform, meaning Masterson is to step into the role of Dr Greenson, is met with cheers tonight. And he does a serviceable job, which sits at about the right level here.

Overall, this just isn't thrilling enough for an Agatha Christie-style whodunnit, nor is it tight enough for a straight up drama. New facts appear clumsily ("Is that how the window got broken?" "What broken window?!"). Investigations proceed clunkily (30 minutes in, the medical doctor realises he ought to attend the patient lying in the next room: "I need to examine her!"). Narrative junctures are heavy-handed ("I think we should all just try and calm down").

The performance style is thoroughly old-hat – all pursed lips, frowning, angry arms palm up. And it's not even slickly performed. At one point a trigger temper flairs and a line is shouted. A beat of silence. "Stop it! Please stop it!".

Overall, though, this just isn't a legitimate dramatic situation. Why do two medical doctors embark upon a Columbo-style interrogation in lieu of calling the police? From that unbelievable premise, an unbelievable play plays stiltingly out.