Review: The Nights by Henry Naylor 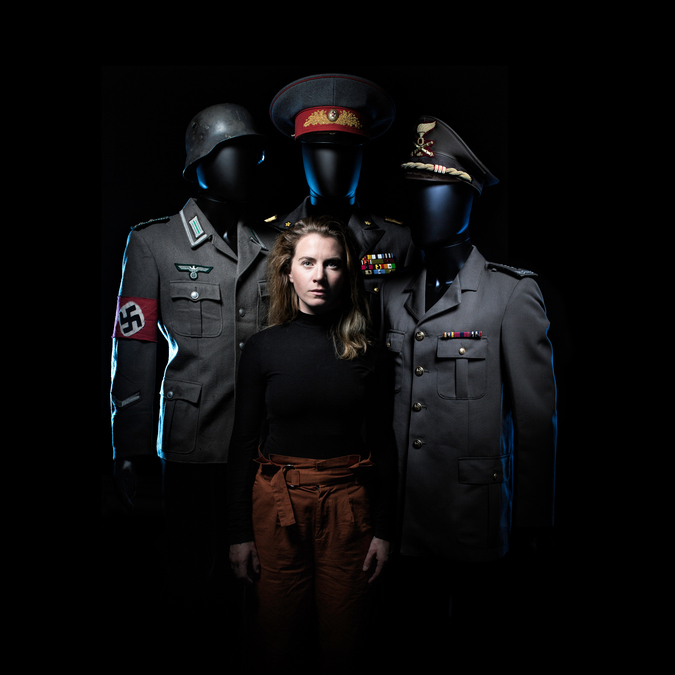 Macabre memories of the conflicts across the Middle East haunt the disturbed and disturbing dreams of the two main characters in this latest instalment in writer Henry Naylor’s Arabian Nightmares series. The Nights is a bruising play loaded with bleak images that sear themselves into your brain: a polished white skeleton on a golden throne, an infestation of wriggling camel spiders, dreams of dead flesh falling off a loved one’s body.

It’s an intense and slightly overwrought depiction of the horrors of desert warfare. The play is bookended with topical references to unrepentant jihadi bride Shamima Begum, who was recently stripped of her British citizenship. But her headline-grabbing story is just the gateway for an angry and ambitious journalist called Carter (played by Caitlin Thorburn), who hopes to escape the banality of endless celebrity gossip stories by writing a riposte to the Begum case.

She is driven by the beheading of a colleague who was kidnapped by Isis, a video she has watched some 23 times before losing count. This traumatic vision understandably eats away at her mind, pushing her to find a cutting corrective to the politically correct takes she feels are overwhelming the public narratives of conflict in the Middle East. Her odyssey leads her to disgraced ex-soldier Kane (an Henry Naylor) and an increasingly grim story that intertwines ethical abandon, torture and PTSD.

Thorburn is the stronger actor on stage and leads the story with a clear-eyed take on the compromised journalist dabbling in the dark side. Naylor provides adequate support though doesn’t quite manage to bring the wildfire spark needed to make us believe in the depraved depths his character sinks to. His writing is strong and sincere though, with The Nights challenging anyone who takes uninterrogated positions on the cancerous conflicts in Syria, Iraq and Afghanistan – exposing the damage done by both hardline belligerence and those who would act as apologists.