Review: The Woman and the Canvas by Theatre Re and Fourth Monkey 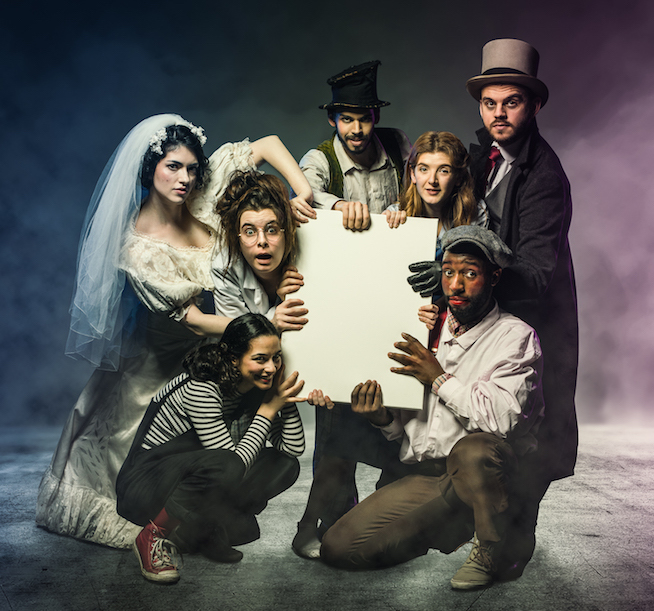 The Woman and the Canvas. Image: Michael Wharley
By Lewis Porteous
Published 07 Aug 2018

How to describe The Woman and the Canvas without making it sound dreadful? It's piece of physical theatre about a woman named Anna who has been committed to some kind of Edwardian psychiatric hospital. At the beginning of the piece, she is found sitting alone with a nurse on a largely empty stage. Her carer implores her to approach the one prop in sight, an easel, but leaves in frustration when the patient fails to respond. Alone, Anna timidly makes her way toward the canvas and the stage begins to fill with characters. As she paints, the trauma that led to her internment is played out before our eyes. We bear witness to the artist's tortuous creative process.

A cast of thousands seems to populate this collaboration from Theatre Re and Fourth Monkey. The characters fill the stage with an assortment of meticulously arranged, widescreen tableaux and our focus is encouraged to roam from one pocket of activity to the next. The action driving the fairly abstract narrative weaves in and out of the throng.

This isn't a young cast playing dress up. Rather, they succeed in capturing a Victorian aesthetic representative of the work of Lewis Carroll and Charles Kingsley. A grotesque, madcap Englishness drives their assault on the senses, though there is room for a German cabaret performer and a Spanish señorita to add to the confusion. At the conclusion of the piece, most audience members can scarcely believe their eyes.