Review: There She Is

An absurd premise that doesn't quite hit the mark 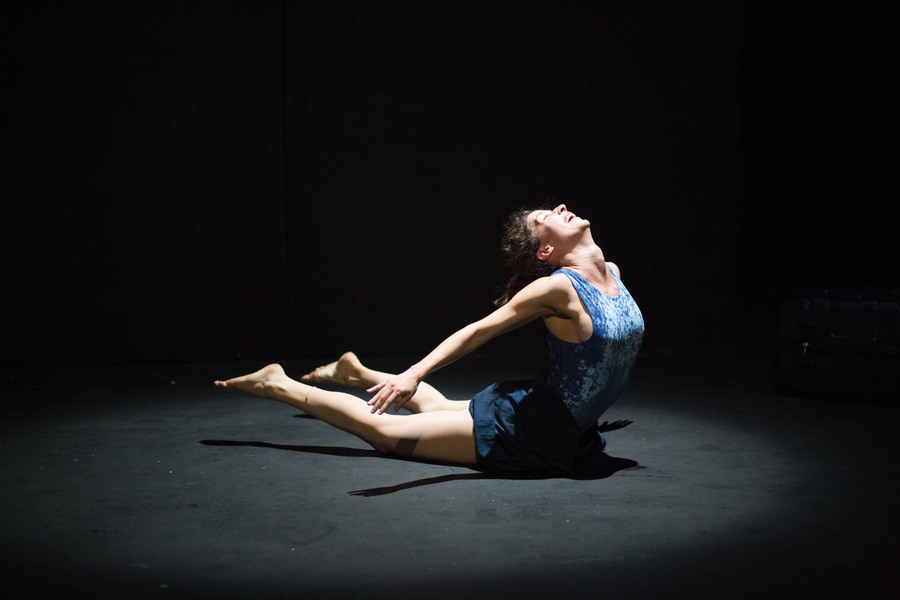 There She Is
By Joseph Winer
Published 16 Aug 2019

There’s a disruption on the London Underground as a whale jumps onto the tracks in this surreal comedy combining an absurd situation with abstract dance. Gabriela Flarys contorts and winces her body around a packed tube station, clutching on to a large blue suitcase. She is originally from Brazil and this is now, supposedly, her home. But like the whale out of water congesting the public transport network, Flarys is stuck in a city she doesn’t quite fit into, and her home is out of reach.

While an intriguing incident triggers the start of this story, what follows is a series of encounters and communications that highlight Flarys’ isolation within this foreign city, without much of a narrative to clutch onto. It’s not until near the end where the story loops back to the beginning that a clear message is vocalised. She eventually raises some interesting points as she questions going back home, expressing that there’s no funding for artists in Brazil anymore so she’s essentially homeless.

Flarys has a robust commitment to the role. Her expressions and movement are consistently dynamic, albeit seemingly without much focused meaning. At the same time, it’s hardly absurd enough to really be categorised in an abstract genre. There’s potential in a focused set of objects, of swimwear and balloons, but not much comes of these selected props. Some physical comedy is effectively achieved with various suitcase poses. The whale out of water, she manages to retrieve a bottle from the suitcase and takes large sips of the liquid before spurting it into the air and letting it rain over her. Perhaps she finds her closure, but there’s little arc of a storyline for the audience to be absorbed by.