A taut, tense new musical about standing trial for treason 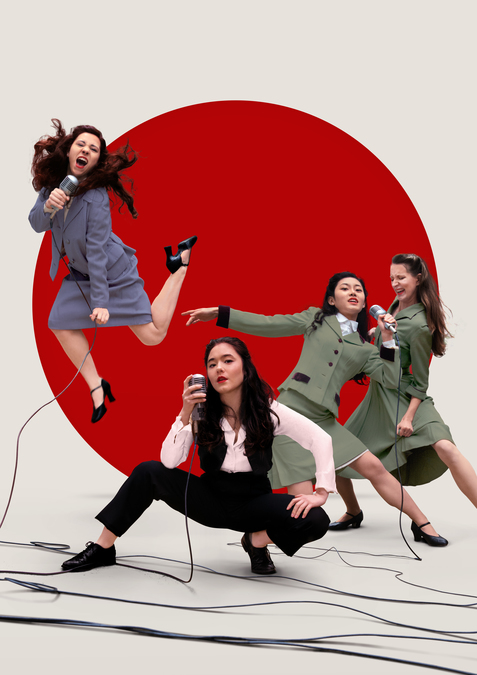 Iva Toguri was falsely convicted of treason in 1949. It took over 20 years for America to pardon her. Tokyo Rose is an intelligent, inventive new musical that tells a true story about how it feels when your country fails you.

Born in the USA to Japanese parents, Iva sailed to Japan to care for a sick relative just months before the attack on Pearl Harbour. The USA joined WWII and Iva found herself caught between two countries – Japanese officials pressured her to renounce her American citizenship and America refused to take her back. After the War, when she finally returned home, she was accused of broadcasting Japanese propaganda.

This is a lot of plot, but co-writers Maryhee Yoon and Cara Baldwin have carved a deft, concise story. Tension tick-ticks for a breathless hour that’s part courtroom drama, part wartime thriller – with plenty of time left for vital conversations about xenophobia and civic duty. Maya Britto plays a luminous Iva, bringing depth and clarity to a complex role.

The ensemble (Lucy Park, Yuki Sutton, Hannah Benson and Baldwin) swing in and out of characters as easily as their slick set rolls between being a DJ booth, an ocean liner or a witness stand. Their energy is mirrored by a propulsive soundtrack: bass-heavy rap, on-point harmonies and moving, bluesy ballads are met with tight, creative choreo. At rare moments Tokyo Rose is a little too wordy, but that’s fitting for an ambitious new theatre company with this much to say.