Writer Tim Crouch plays with the very idea of a play 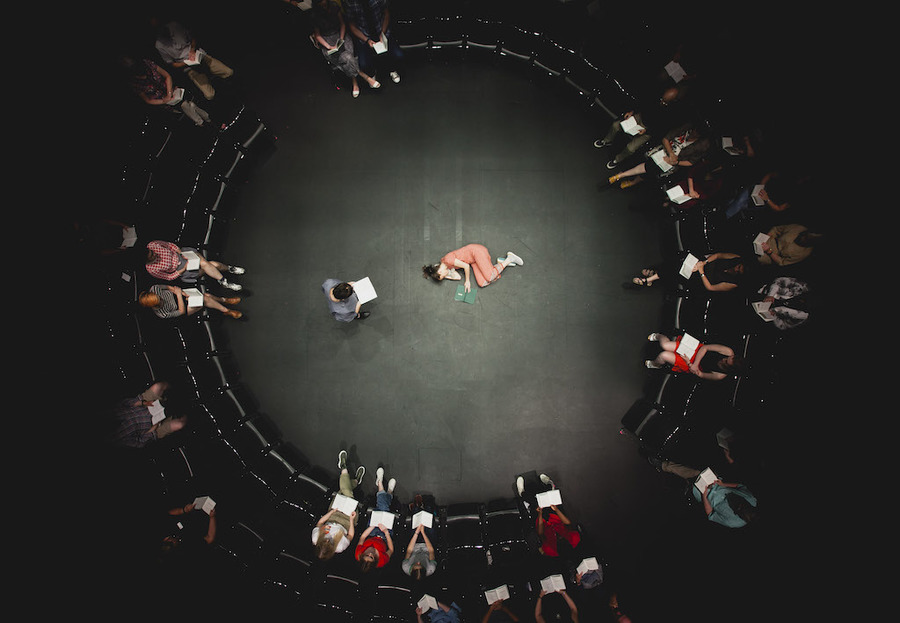 You can tell from the title that this is going to be a weird one. And so it proves, as each audience member is given a book containing both the play text and a series of illustrations that reinforce the story we are about to experience.

We’re told by the actors when to turn the page – a smiley “OK” that is somehow both comforting and unnerving. It feels like a Bible class or a remedial readers’ workshop – especially when we’re asked to join in, stand up and speak lines of dialogue.

The unusual format serves to distance us from the core content while also creating an atmosphere of high curiosity as to exactly what the hell is going on. It’s a clever ploy, as we inexorably get sucked into the the strange story of a family stricken by tragedy.

Personal crisis blurs into epic cataclysm as we meet a trio of characters with shifting identities and attitudes, who may or may not be able to help us make sense of the uncertainty we read on the page and see in front of us.

It's likely to be either a profound or a shallow experience, depending on how much you decide to commit. Writer Tim Crouch (who also appears as an actor) is playing a postmodern game rather than telling a clear story. He invites you to feel deeply about big themes but he is careful to withhold exactly what they might be.