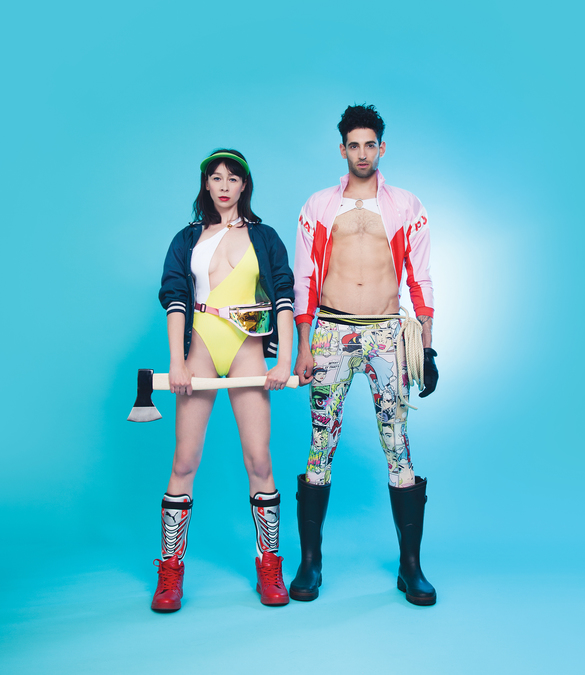 It’s Traum as in the German for dream, not as in trauma. That is important to know, and also one of the last things mentioned in Daniel Hellmann’s solo show about his life as a sex worker and artist. Hellmann is his clients’ dreamboy, fulfilling their fantasies with personas designed to match: "Antonio", "Leo", "Phil".

After a brief moment of pure theatricality, Hellmann starts the show as a lecture. He describes his clients—mainly men—and their preferences with a wry, matter-of-fact tone, throwing out bashful, boyish jokes that help hold off monotony when the pared-down segments stretch on too long. In between are dances, conversations, photo shoots, all jarring in their suddenness.

The show is obviously meant to be discomforting, but it often doesn’t get there. At one point Hellmann interrogates audience members about their own prejudices against sex work. It would work better if he came up against opposing views, but plenty in the audience at Summerhall (motto: Open minds, open doors) were nodding along from the start.

And why wouldn’t they? Hellmann is an extremely charismatic performer, letting his audience glimpse behind the scenes of the show he puts on for clients. But he also puts audience members in his clients' shoes. He offers to answer questions sent to him on WhatsApp, mimicking his back and forth messages with clients. And, more than once, he raises the possibility that like Antonio, like Phil, "Daniel" is a fiction too.

It’s unsettling, yes, but also unsatisfying. Without Daniel, a man speaking the truth about sex work, the show has little holding together its disparate elements, no catharsis. Like a dream, with too much thinking on it, it falls apart.