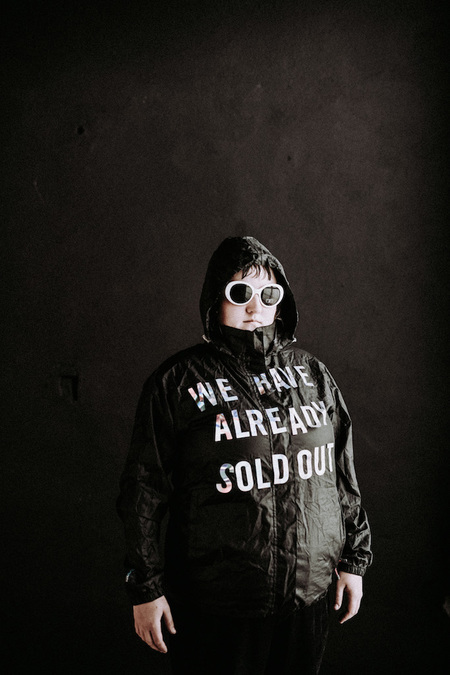 In Bed with My Brother

There's a specific line in Fest's editorial guide that reserves one star ratings for shows that are not just unremittingly bad, but offensive. If the cap fits, then pop it on. But times change, few more quickly and terrifyingly than our own, and criticism always lags behind them. One thing is very clear: In Bed With My Brother's new show—the follow up to We Are Ian—is absolutely not a building on and refining of accepted theatrical standards. It's an angry, destructive cri de coeur at a society that leaves an eight-month-pregnant woman with £80 in her bank account and still lets the wealthy burn millions in whatever way they see fit.

Formally, this is a studied attempt to tear up convention and aesthetics. There's no showing: they tell us what they're doing and what they've done. "That was a really strong start," pant Dora Lynn, Nora Alexander and Kat Cory. They list past and present theatremakers and tell them to fuck off. Euripides gets listed alongside contemporaries who "will be dead soon – that's not a threat, just a fact of life". They adopt some of the techniques of standup, though the mic dangles awkwardly from the ceiling, and the lead isn't long enough for the audience patter. The pumping soundtrack is so aggressively loud that earplugs are provided (and required). There's no attempt to build community or uplift. We leave empty and emotionally spent. Job done.

Is this an awful show or a revolutionary moment in theatre? Honestly, we can't see the critical wood for the ghoulish trees right now. We won't know, perhaps, until we look back in anger and awe.