The fight for political leadership goes behind the scenes 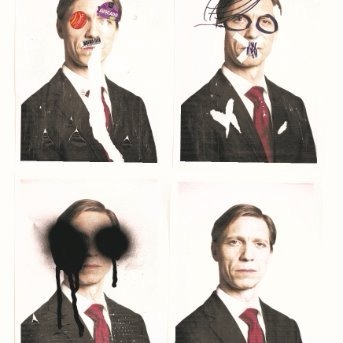 Politics is a nasty game that few people win for long. The rules require players to show personality but not too much, have firm principles but not be too cold, and show superiority over opponents but not with arrogance. Even the best and the brightest struggle to keep this balance, all whilst behaving impeccably, and contrary to what many think, politicians are only human. This game sets them up for a fall.

Valentijn Dhaenens’s smartly-suited character is entrenched in the fight for party leadership, the highest level of the politics game. The best of the best try to claim moral superiority on all fronts, but this backstage perspective shows how a nation’s leaders are just as flawed as anyone else. Worse, actually – they are exceptional liars and manipulators. Dhaenen displays all these abhorrent traits, so it's easy to dislike him as he obsesses over policy wording and his opponent's tactics. The solo performance further emphasises the ego necessary to succeed in politics.

Dhaenens doesn't just paint this man as a villain, however. The humanity glints through in Skype calls and FaceTimes with loved ones, showing a stressed and vulnerable person. It's this tone contrast that gives the play its power. Short scenes in chronological order keep it from becoming too repetitive, and there's a consistent build in tension to the climactic end.

Though a touch too long, this production certainly humanises politicians. This is its most potent feature and one that bears keeping in mind in this politically polarised world.