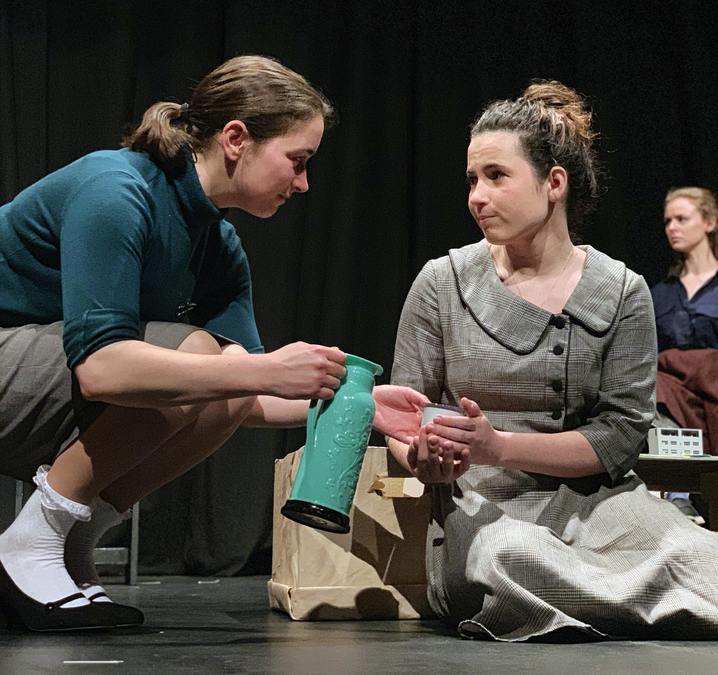 There are few periods in European history as fascinating as the time between 1949 and 1990, during which Germany was divided into East and West. The communist DDR is the focus for Walls and Bridges, specifically the East German uprising of 1959. The show focuses on a group of geography students, initially shown to be unsure of how to present their home city at an upcoming exhibition. The tension in the group is clear, they are as divided as their home city.

The politics is intriguing but it’s the personal stories that stick with you. Presented by Acting Coach Scotland, Walls and Bridges touches on the complexities of the DDR, the concerns of some citizens and the tribal, ideological patriotism of others, but with such a brief running time and such a big cast, the opportunity to really get stuck into any individual’s narrative is reduced. The cast do good work driving the story forward, keeping it from getting dry, and in its second half Walls and Bridges opens up in scope when tragedy strikes. After an emotional exchange a conclusion is reached: "Someone has to protect the rest of the world from what we’re doing here."

Ultimately the group can only scratch the surface of all the difficulties of the DDR, but by setting the play around on the uprising they’re able to keep a tight focus. An interesting and well executed portrayal of an important, lesser known, historical moment.