Review: When the Birds Come

A tender two-hander that makes the impact of the climate crisis tangible through a family tale. 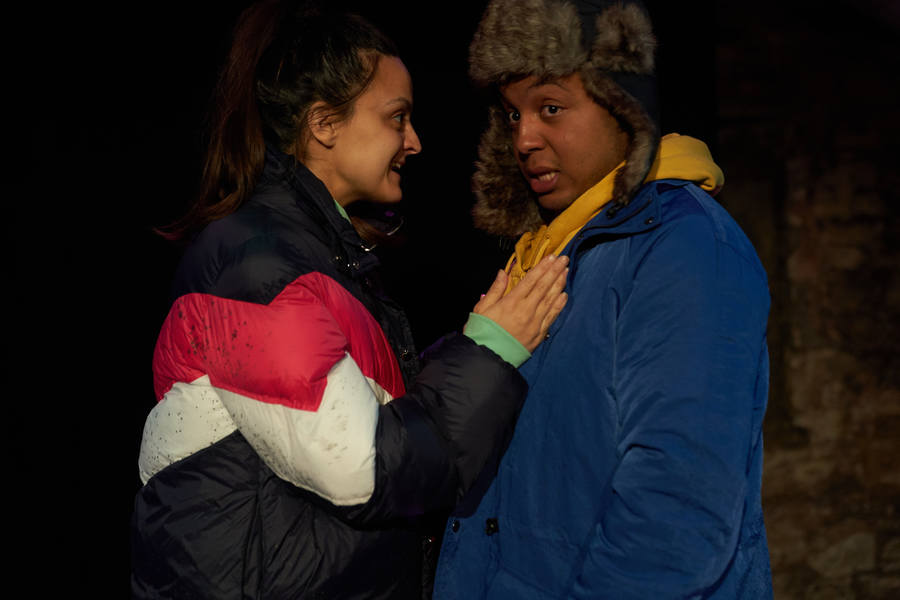 The impact of the climate crisis is made tangible in this quietly delectable two-hander. The attic room in Underbelly forms a kind of igloo over us as 13-year-old Margaret and her little brother Stanley glide over frosted wooden crates. In Alaska, the ice is melting and the overflowing Ninglick river is forcing their community to relocate. But the move is too slow, and Margaret is fed up with her rural lifestyle. Lured by the glitzy materialism of the closest town—iPhones, central heating, Kim Kardashian—she wants to leave. Pumped for adventure in puffy coats and snow-boots, the young pair plan their escape.

Awaiting the arrival of the snow geese which marks the start of spring, they play games and make us fall in love with them both. A painful thread of corrupted innocence lies just beneath the warmth of their mutual affection, as Margaret feeds Stanley a dangerous lie, packing it with ice to prevent it from bruising. But as the tundra weeps around them, the lie threatens to show, and we spend much of the time worrying about how Stanley is going to get hurt.

It’s a slow burn and while it could do with some dramaturgical tightening to make its impact hit deeper, there is a delightful softness to this play, like fresh snow about to be trodden on. Under an ethereal sountrack, Zak Douglas and Phoebe Vigor are gorgeously subtle performers, switching easily from eager children to adults, in turn stubborn and anxious. Stanley’s delight at his environment—and his fear that he is somehow the cause of it melting—almost make the ice a third character – one we desperately want to protect.