Review: Where It Hurts by Grassmarket Projects

These miniature one-scene plays are never less than resonantly affecting 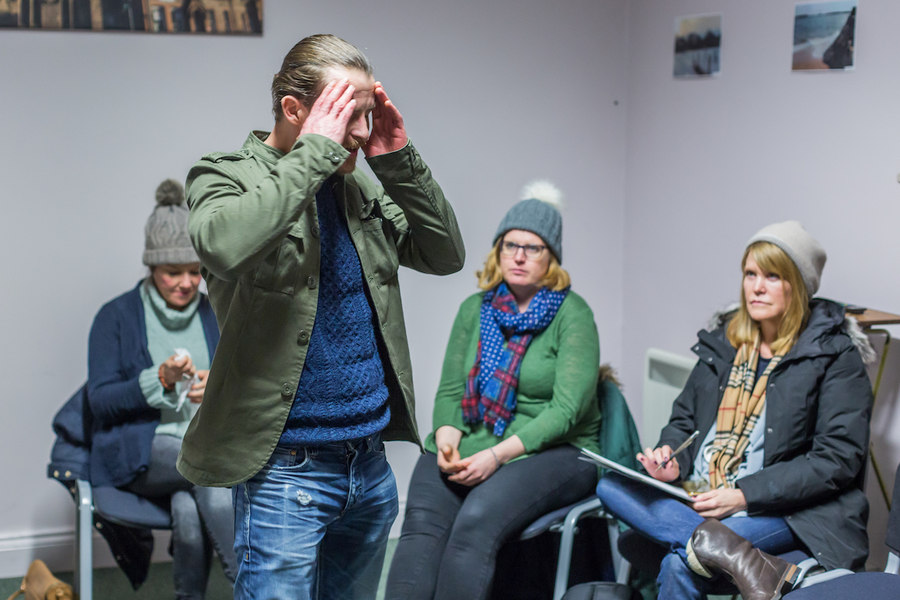 On a darkened stage, a group of people sit in a semi-circle and begin to tell their stories one by one, or sometimes two by two. None are actors and all are relating true stories (or "direct testimonies based on the personal experiences of the persons on stage", as they are billed), yet each delivers a theatrical monologue or sometimes a two-handed dialogue with the credibility of authority.

The 15 featured are all real-life staff, students or patients of the NHS, and their miniature one-scene plays are never less than resonantly affecting. Devised and directed by Jeremy Weller of Edinburgh’s multiple Fringe First-winning Grassmarket Projects, they capture more than a tale of workaday everyday life in the National Health Service, but rather a moment of genuine health crisis for all involved.

From the creatively sweary tattooed man with arthritis and no time for Big Pharma conspiracy theorists, to a miscarrying woman left home alone to “let nature run its course”, to a young and unsupported student developing an eating disorder, each of these vignettes manages to lay a hand upon both the harrowing and the reassuringly human.

Only one story, of a mental health nurse named Steven who suffers from burnout and alcohol addiction, progresses beyond one installment, while the breadth of tone extends from a visceral account of domestic abuse to the inescapable humour of a not very self-aware Morningside mum who takes her daughter’s behavioural problems personally. The minimal staging and—at 90 minutes—the apparent lack of a deep edit feel a little wearing, but the honesty and implicit call for empathy throughout is greatly affecting.