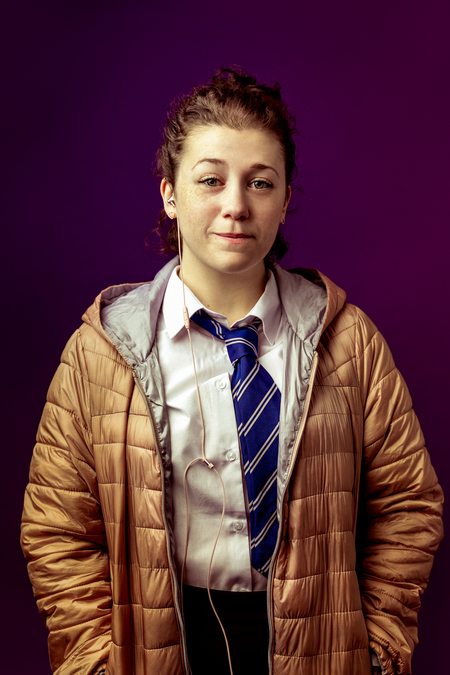 Jade, Connor and Nicole are three ordinary teenagers going about their schoolday in Salford. Or so outward appearances tell us, for much of the purpose of this issues-based piece of new writing produced by LUNG (whose past hits include Trojan Horse, E15 and Chilcot) and the Lowry in Salford is that the struggle people face isn’t always written on their face. This is particularly so when they’re young, and they have no life experience or support network to call upon.

All three are young carers, looking after their parents because no one else is there to: Jade with her paraplegic father after an accident; Connor with his mentally unwell mother after the departure of his father from the home; and Nicole with a mother whose illness means she no longer recognises her. To a light and uplifting pop soundtrack over the transitions, the trio of performers—Jessica Temple, Luke Grant and Lizzie Mounter, respectively—play their roles with compassion and relatable enthusiasm.

Writer and director Matt Woodhead’s play balances the issues addressed with the humanity of these characters, and takes us through the everyday struggles young people in these situations face. That includes: isolation, bullying, lack of focus on their own education, and austerity-driven lack of access to financial and practical support. Yet the best of what is done here is in the way the onstage action relates to what’s happened around the play.

Its verbatim script was compiled from two years of interviews with young carers in Salford, who were involved with everything from casting to design, and the piece ends with a call to campaigning action. It feels not so much like a window on the world of these young people as an invitation to step into it and do what we can to help.