Review: Working On My Night Moves

A feminist journey through space and time 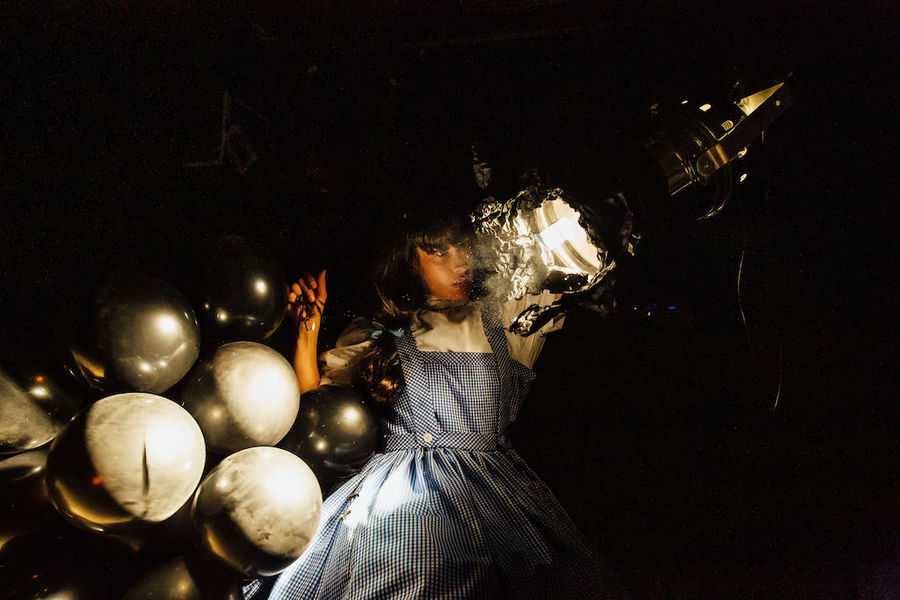 Working On My Night Moves is a search for multiple feminist futurisms, breaking down the time/space continuum. It starts with the audience standing, performer Julia Croft obscured behind a star-covered curtain. When she pulls the curtain down the set is largely in darkness with Croft manipulating lights throughout the performance. Piles of chairs and ladders evoke images of barricades. Even the seating bank is made to look like a desolate landscape.

She performs with a singular focus, turning herself into a tinfoil-clad warrior, followed by one of the most beautiful moments of the show involving dancing tinfoil above a fan. The fluidity of this and other dance moments contrasts mesmerisingly with the regimented way that Croft moves around the set, repeatedly moving furniture and creating new spaces. It becomes more urgent as the show progresses. Chairs, lights and ladders are hung from the ceiling. Croft dresses herself as a nightmarish version of Dorothy from The Wizard of Oz, before hanging several versions of Dorothy around the set – gingham dresses with wigs attached.

Te Aihe Butler’s sound design builds on the eerie, unsettled atmosphere. Often the sound comes from a radio which Croft wears tied around her waist. It moves with her and crackles in and out, feeling all the more overwhelming when it does come from the speakers. The whole production places the audience in another world. And it is a world worth visiting.