A wholesome act of petty theft 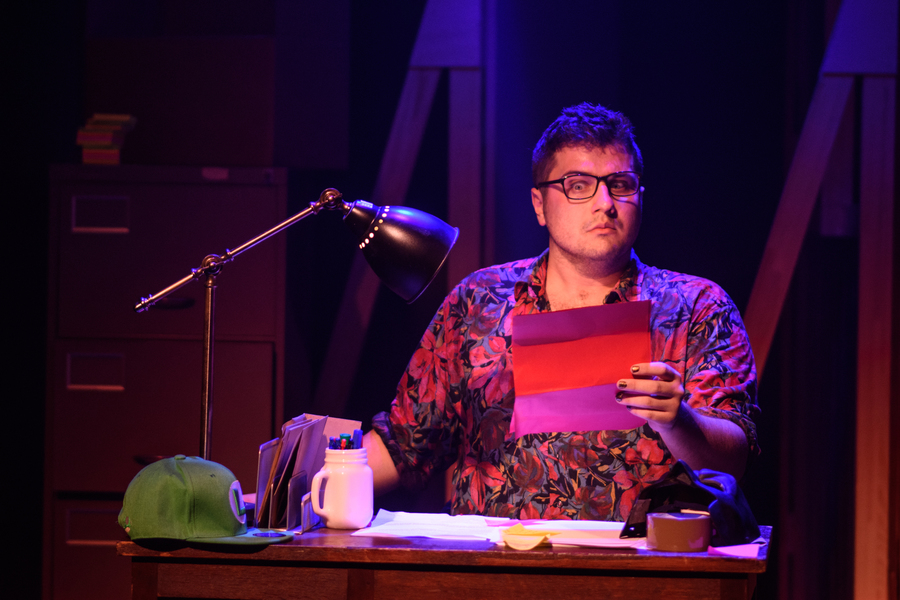 In 2017, Will Jackson accidentally walked away from the Post Office with 300 second class stamps he hadn’t paid for. Recently graduated and not quite sure of his next steps he began a series of correspondences, with everyone from a childhood crush to his manager at work, and the John Lewis marketing department. Most people replied.

In Yours Sincerely, Jackson earnestly performs a selection of these letters, interspersed with lipsynced musical numbers that bolster the humour and break up the letter reading, which alone could become quite tedious over the course of an hour. Thanks to heartbreak and Cadburys, there are also chocolate buttons shared out among the audience, as well as some photocopied drunken sketches Jackson is particularly proud of.

Jackson is not the only character in the piece. Over the course of the hour you feel you get to know those in his life, in particular his best friend, newly moved to London, and his new housemate, Jacob. Both are central to Jackson’s journey and he characterises them well, with unease coming through as some darker threads begin to appear in the letters – a dumping, a mugging, a worrying lump found after a sexual encounter.

At the heart of the play, it is about keeping in contact with those who matter to us, not being scared to talk about the big things and the power of blasting out Kylie. Jackson's charisma carries through a narrative that could otherwise feel too twee.