Richard Blackwood talks to Craig Angus about his hardest project yet 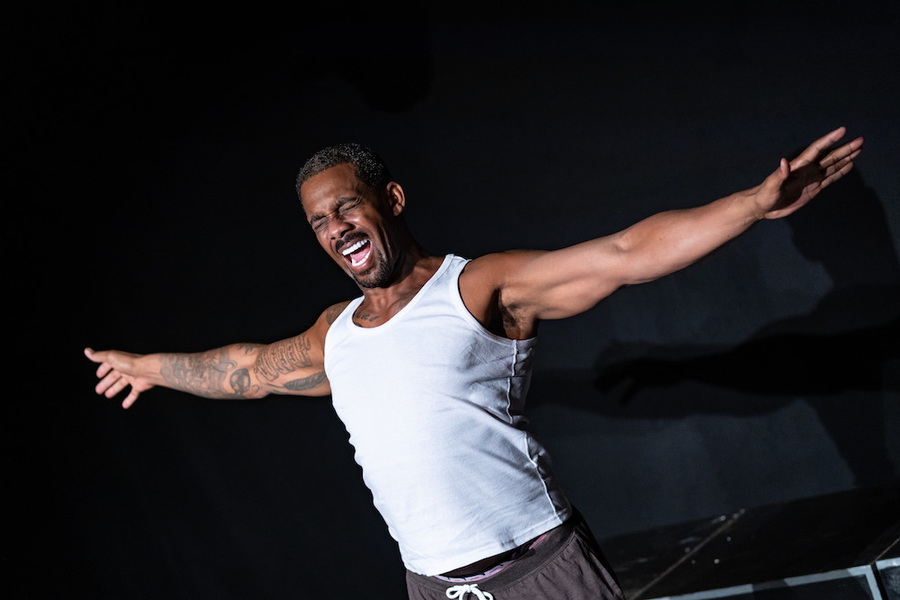 "I think this is my true baptism," Richard Blackwood says, leaning forward intently to discuss Typical.

The 47-year-old has covered a lot of ground in the entertainment industry, from his origins in standup and a mainstream breakthrough with MTV, to his own Channel 4 show and a brief sojourn as a rap artist. He is, it’s fair to say, best known for being a specialist in light entertainment. Typical, the true story of Christopher Alder, a black man who died in police custody in 1998, is a far weightier work than you’d expect Blackwood to be involved in. "I always wanted to be an actor though," Blackwood affirms. "That was the dream. But I wanted to be a comedy actor like Eddie Murphy, I didn’t see myself as a serious actor. I didn’t know if I was good enough."

Typical is a monumental moment in Blackwood’s career. After early exposure to mainstream success he filed for bankruptcy in 2003, embarking on what he calls a "slow process of reinvention to wash away the memories of Richard as a comedian and presenter" since then. A three-year-stint on Eastenders as Vincent Hubbard that ended in 2018 "really amped things up" for Blackwood, but bringing Ryan Calais Cameron’s script to life on stage has been his biggest challenge to date.

"This is the hardest thing I’ve ever done," he exhales, explaining, "and not just because it’s a one man show with loads of different characters. It throws so much at you... I’ve got a photographic memory, I can learn things quite quickly, but with this I’d still walk around all the time with the script." He talks of endless run throughs with an emphasis placed on precision and absolute adherence to the poetry of Cameron’s work. "In rehearsals I’d get frustrated." He laughs at the memory, adding with knowing understatement – "we’ve had arguments."

What came more naturally to Blackwood was an understanding of the man he plays. His portrayal of Alder is all about befriending the audience, cultivating the understanding that Alder was a man like any other, with a lust for life and a sense of humour, susceptible to loneliness and the weight of personal demons too. You feel the excitement within him as he looks forward to watching The Lion King with his children on their next visit, and when he carries his night on after the pub you understand that he’s desperately trying to ward off loneliness.

That, for Blackwood, was an important detail. "His ex-wife had left him for another man," Blackwood explains. "This guy is going out to party by himself, think about that. You’ve got to think of how sad your life is to make you want to do that. He just wanted to get out and have fun because he was so broken. That’s the vulnerability I want to get across."

I ask Blackwood how much he remembers of Alder’s death and his response is a telling one, indicative of how such violence had become normalised in his life. "I remember when it was on the news," Blackwood says, "but the sad reality for me was, as much as I was hurt by it, he was just another black person that died in custody. I remember being a young teenager, being afraid of the police, afraid that they’d beat you to death. That was normal for us growing up in the '80s in South London, you’d always get nervous hearing about a black person getting arrested. I was so familiar with that kind of story already."

The conversation turns to those responsible for Alder’s death. "They got off, they got paid," Blackwood offers incredulously. "Thirty grand, sixty grand – not only was he beaten to death, they got paid for it." We talk about the Black Lives Matter movement, the cases of Michael Brown, of Eric Garner and Freddie Gray and a common misperception: that police brutality is seen by many Brits as exclusively an American problem. Systemic racism is real and happens closer to home.

How was justice not served in the name of Christoper Alder? The harrowing CCTV clip that closes Typical is damning. "The white people who don’t live in that world," Blackwood offers, "and don’t have to live with police brutality, will think 'he probably did try and fight them'." We want people to see the video and realise that didn’t happen at all. He could have survived, but was left choking, and the police had the cheek to say 'he’s snoring, he’s acting'. How can you hear those sounds and think that?"

Blackwood’s love for the project is clear. Our conversation is characterised by extensive and passionate answers about delivering justice for Christopher Alder, and also about what the role means for his own career. "I believe this show has the strong potential to go all the way and be a serious moment in time", he says, making an apt comparison with the Central Park Five focused miniseries When They See Us. "We’re doing these shows, hoping people will see it and hoping people will talk". The questions raised by Typical around the polarity of injustice and privilege are vital.