What does it feel like to live through the end of the world? Javaad Alipoor and YESYESNONO’s Sam Ward chat about using technology to zoom in on the human condition 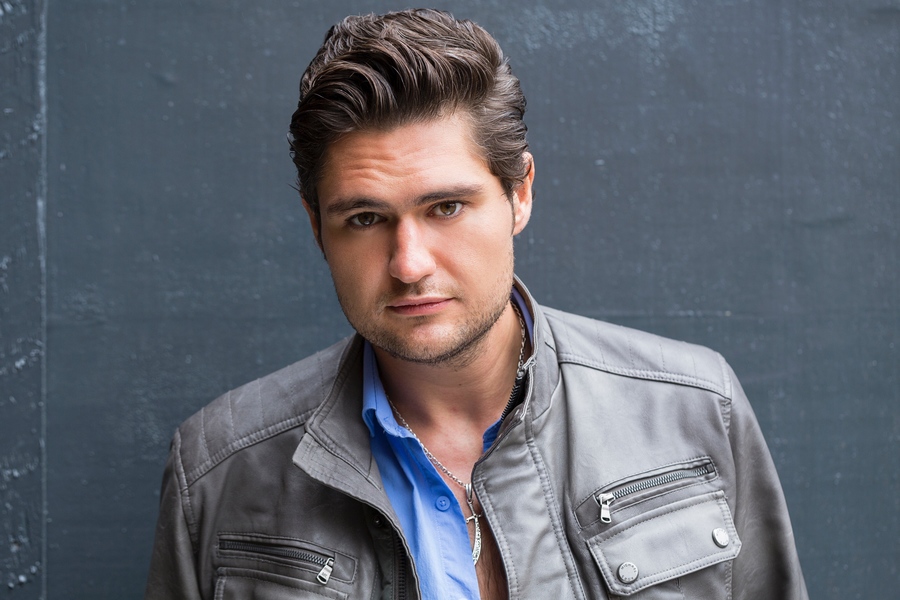 "If I had something direct to say I’d write it in an essay or give it in a speech. If I’ve got questions? That’s when I make theatre."

Javaad Alipoor is an activist first and a theatre-maker second. Raised in Bradford by his Iranian dad and his Yorkshire-born "Labour-lefty" mum, he’s wary of so-called "political theatre" but his plays confront some of the world’s most urgent issues.

In The Believers are but Brothers, which won a Fringe First in 2017, he took audiences on an intricate journey via WhatsApp through the internet’s murkiest, radicalised depths. His research into the alt-right and ISIS was dangerous ("As a working class Muslim from Bradford, oh my fucking life," he exhales), but in a different way his new work is just as challenging. Rich Kids: A History of Shopping Malls in Tehran is the sequel, part of a trilogy with co-creator Kirsty Housley that juxtaposes digital technological advancements against "the release of some much more ancient things, like masculinity or spirituality".

He explains that they often work through ideas by playing around on Instagram or Snapchat, trying to find unusual ways to tell a story. "It’s all about collaboration," he says. "The idea of a writer sitting down like a romantic poet in his garret, it doesn’t work." The aim is to interrogate new phenomena to find something eternal at their core: "When I think about how technology is changing the world, and those 21st century questions—climate change, migration crises, automation, the acceleration of computing power—what I’m really interested in is: what was in our hearts all along? This show is about how we try to understand living through what feels like the end of the world, and how we hold on to ourselves."

Against a backdrop of generations of revolution in the Middle East, Rich Kids focusses upon the widening chasm between Iran’s rich and poor – and in particular the super-affluent children of the "hard fucking men" in power. As cultural references, Alipoor talks us through the flaunting of wealth on viral Instagram account @therichkidsoftehran, and the moment when Robert Mugabe’s youngest son used Snapchat to broadcast himself breaking an eye-wateringly expensive watch by dowsing it in champagne. Most importantly, though, he recalls reading an interview with a rural, Iranian revolutionary, pushed to protest by the inequalities worsening under the country’s sanction-struck austerity politics. Alipoor paraphrases, "he basically said, 'We’re not idiots. We’ve all got Instagram and we see what [the politicians'] kids live like'."

If Alipoor takes tiny details and uses them to talk about incendiary global crises, then Sam Ward works in reverse. The founder of Manchester-based YESYESNONO, Ward often stages overwhelmingly large questions, only to whittle them down to intimate, confessional truths. Previous work (Five Encounters on a Site Called Craigslist, Insert Slogan Here) treated audience volunteers with unusual tenderness while asking them open, revealing questions about love, home and identity. "It’s about inviting audiences to contribute themselves in an open way," says Ward, describing the creation of these partially improvised, collaborative performances as a "making process, rather than a writing process".

This year YESYESNONO return to the Fringe as Pleasance Associates, and with their "weirdest", most ambitious show yet. The Accident Did Not Take Place explores information, identity and the very human quest for 'truth' in an age of digital technologies. Each night, three actors set about trying to "get to know" a different guest performer, against the backdrop of a disappearing aeroplane. It’s a development on the role of the audience in their earlier work: "you can push an actor further", jokes Ward, but the rogue element of a stranger on stage helps to examine the ways in which we see each other.

"We’re interested in the notion of needing to know what happened, why it happened – even though that’s often impossible", explains Ward. "We’re bombarded by information every day, but a disappeared plane is completely unexplainable, haunting that need for everything to be clear." Ward shares Alipoor’s impulse to keep asking questions, rather than preaching an opinion to a captive audience. "You never want to treat your audience like idiots," he stresses. "Most of them will be smarter than me, anyway! I want to make a show that’s a meditation on something, rather than a message."

In this case, YESYESNONO create "theatre versions" of digital media—footage, photos—to try to provoke discussion about the ways that information exists online, and how unfathomable amounts of data don’t necessarily make it easier to find the truth – if there even is such a thing. These are stories that speak directly to the current moment. As Alipoor says, definitively, "I’m not sure how people make theatre about anything else."

Are we not drawn onward to new erA

A green screen and Mother Nature co-star in this Canadian co-production about climate change and humanity.

Does EU membership a European make? Sh!T Theatre get slurry with British 'expats' in Spain to find out what it means to be truly continental.