What does mass hysteria look like in the social media age? 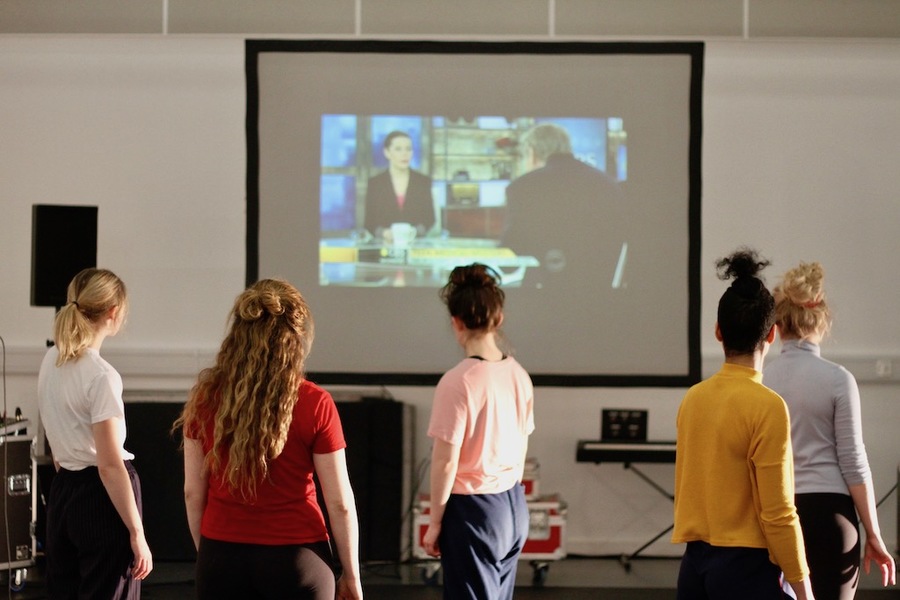 It started with a jut of the chin. Then came the tics and the convulsions. One girl at first, then two, then four more. Within a month, 24 schoolgirls were glitching in sync across town. Doctors could find no physical cause. Parents rushed theirs kids out of town. News crews swooped in.

Seven years after this mysterious outbreak, The Afflicted returns seeking some answers. Jake Jeppson's sly text, structured like a true crime podcast, has an unnamed narrator pressing Hope River’s residents for leads on the girls, scouring archive interviews and recounting the town's creepy history of witch trials, teen suicides and Jell-O factories. How does a rash of mass hysteria—the first of the social media age—set in?

It’s super stylish: Finn den Hertog gets it jangling with atmosphere as plastic chairs scrape across linoleum floors, red cables snaking across green surfaces. His brother Lewis’ videos can dominate, but, backed by a synthy soundtrack, they instil a Twin Peaks-vibe of unsettling placidity: still surfaces and set smiles. Slowly, though, a doubt starts to nag: a craving for metaphor or meaning. There, The Afflicted stops short, content to point at something strange and induce a shiver.