The Gospel According to Jesus, Queen of Heaven 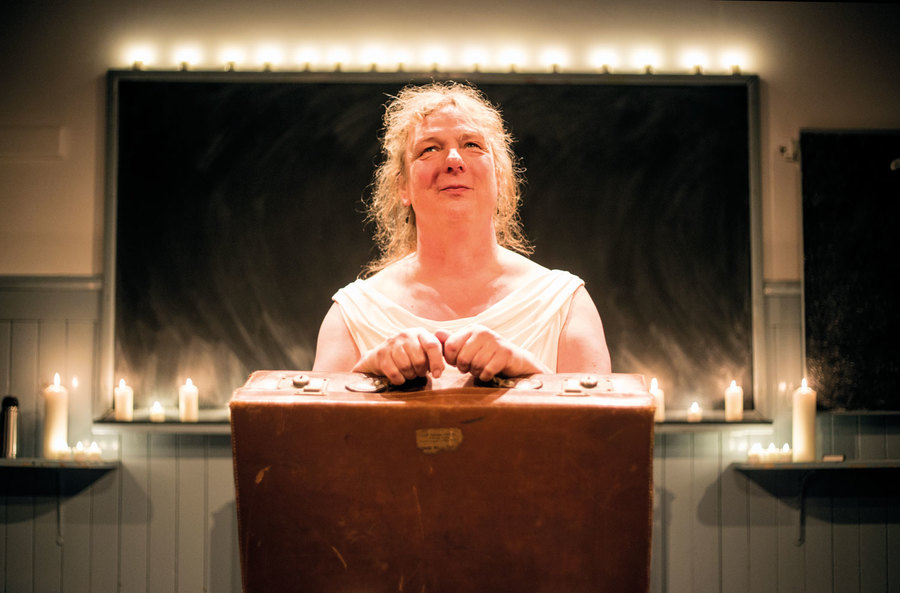 It’s a service, not a show. It’s an autobiographical one-woman play, as writer Jo Clifford describes her journey towards coming out as transgender, but it’s also a rare and beautiful reflection on the life of Jesus, a female Jesus, or perhaps a transgender one, and a meditation on a more truthful and generous interpretation of her words. Clifford arrives as a traveller, hiking pole in hand, perhaps newly returned from wandering the desert. And from nativity to ascension, she describes the life of the outcast’s outcast, part sermon, part confessional, but everywhere an oasis of tolerance and love.

Originally condemned for blasphemy when it premiered in 2009, Clifford’s story is in fact the absolute opposite. It may be a heretical doctrine that she imparts, but it’s a deeply spiritual, almost sacred hour, preaching kindness and bravery in the face of cruelty, ignorance and fear.