Review: The Last of the Pelican Daughters 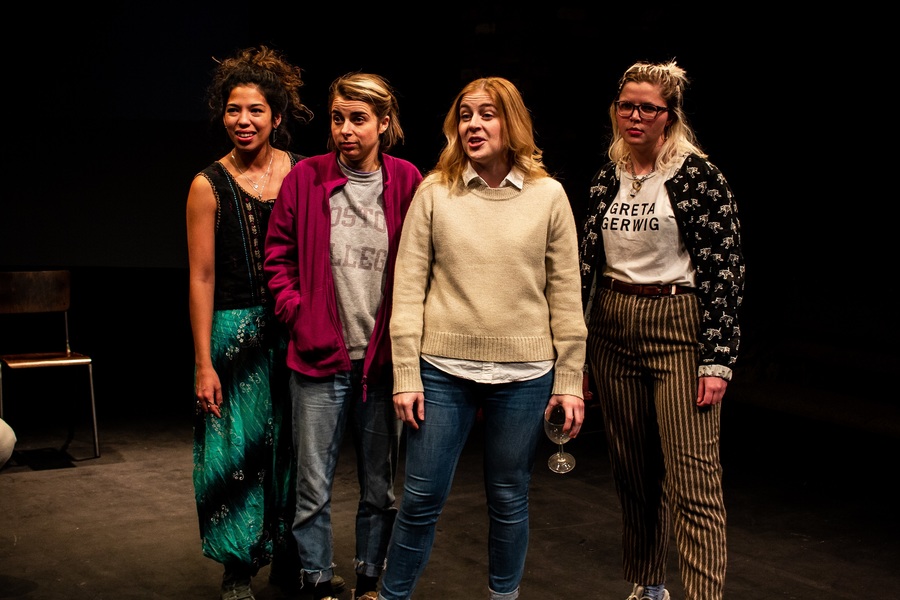 There's a "let's put on a show" likeability to The Wardrobe Ensemble's latest, but not that much insight. It's a zesty tragicomedy concerned with grief and sibling rivalry, but the eponymous brood is so thinly sketched it's hard to imagine they have a life's worth of history together.

You get the impression names came before character. There's Joy, the joyless oldest; Storm, the timorous second-born; Sage, the immature middle-child; and Maya, the youngest sister, who for some reason isn't saddled with an ironic first name, although her idiotic hipster boyfriend is called Dodo.

The four women have gathered at their childhood home to toast their dead mother, Rosemary Pelican, a vibrant free spirit with terrible taste in music (she considered 'Imagine' to be revelatory). Storm throws shade over the celebratory atmosphere, however, when she pulls out her PowerPoint presentation explaining why she deserves the lion's share of their inheritance.

Some bizarre choices are made. Flashbacks to the siblings' childhood are sharply staged by cast members taking it in turns to play the mother by slipping into her totemic scarlet dress, but the effect becomes muddied when the same technique is used to imply the mother's ghost stalks the house in the present. A fifth sibling is revealed to exists near the end of the play, although their introduction adds little to the dynamic. And for some strange reason, their grandmother is played by a skeleton in a wheelchair. For a work concerned with family lineage and female empowerment, casting a pile of bones as the family matriarch seems in bad taste.