Rich, full-bodied study of addiction with strong notes of jeopardy 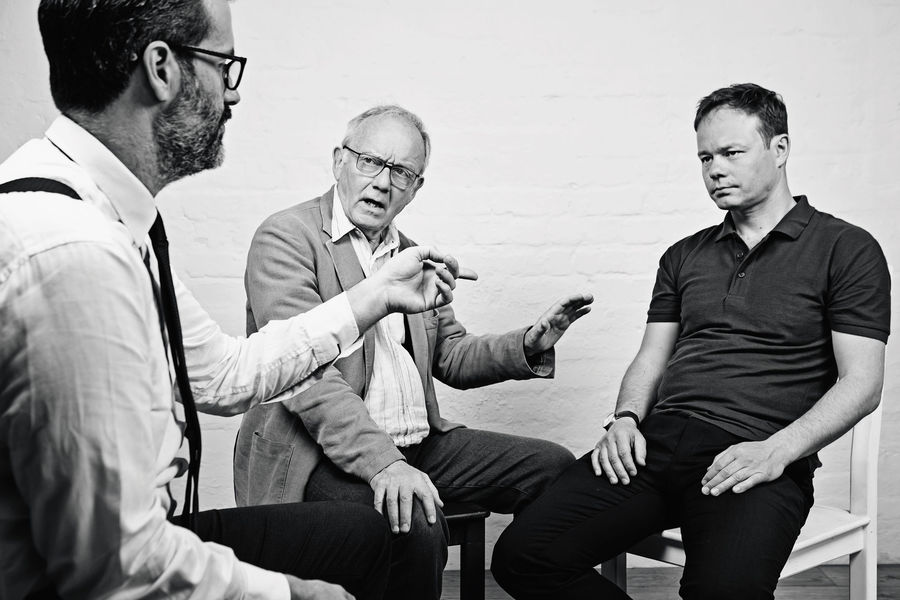 Loosely but crucially autobiographical, The Red is comedian Marcus Brigstocke's theatrical directing debut. Previously performed on Radio 4, he's tweaked it slightly for the stage. But, as a study of addiction, its clear-sighted immediacy and straightforwardly gripping drama are enhanced by the live setting. More than that, it's an intimate meditation on love, convincingly performed by real-life father and son Bruce and Sam Alexander.

An alcoholic sober 23 years, Benedict has just buried his father. In the old man's magnificent wine cellar he reads the letter that John left him, his father appearing with a parting wish – that he drink the prized bottle of 1973 Château Lafite Rothschild bought for him at birth. Though Ben is thunderstruck by the suggestion, the pair argue the ramifications of him succumbing to temptation, back and forth over wine's role as social lubricant and the relentless, numbing intensity of addiction. Or sobriety. Despite having established a successful life since recovery, Benedict appreciates the lifeforce that wine imbued his father with. And John is never quite the Faustian figure he initially appears, his character decanted from his son's memories, the love self-apparent, even if his parental role has been undermined by the recovery programme.

A scene in which Benedict struggles to list reasons not to drink truly crackles. And the palpable jeopardy is ratcheted up as the bottle of red appears centre-stage, like Hitchcock's bomb under the table or a grenade with the pin removed.