An unflinching look at Australian history 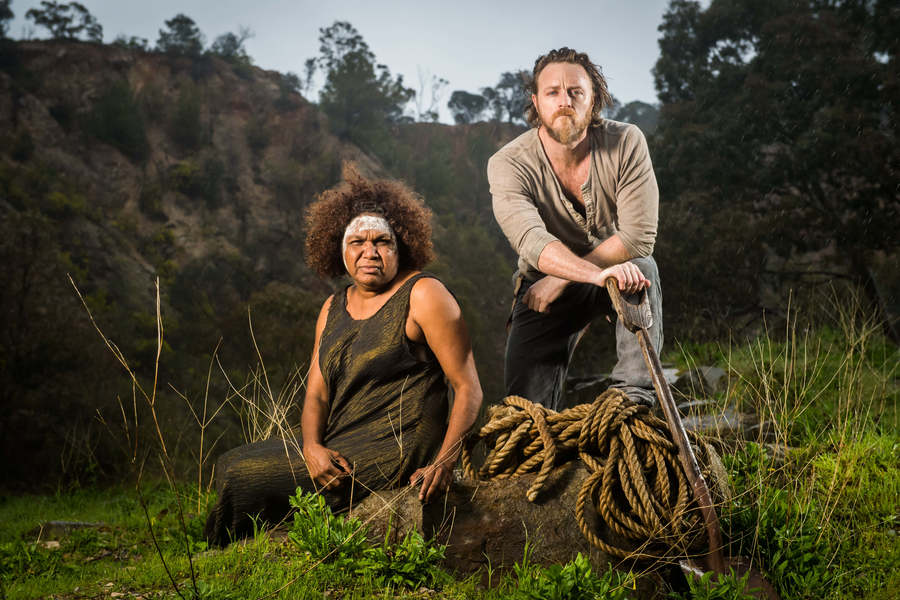 History is usually written by the winners. Or occasionally, as in Kate Grenville’s novel about an ex-convict settling in New South Wales, it gets fictionalised by allies of the ones who lost. In her 2005 bestseller, The Secret River, Grenville deliberately avoided writing from the point of view of Aboriginal people colonised in the early 1800s as she didn’t feel qualified to speak on their behalf, but Andrew Bovell’s sensitive stage adaptation of her book does.

It’s particularly sad that serious health problems prevent Wangkatjungka actress Ningali Lawford-Wolf from narrating, and giving voice to the First Nations people abused over centuries by white settlers. Director Neil Armfield is visibly sad when he announces it. An understudy delivers Lawford-Wolf’s lines instead, and there is Dhurag language throughout. (Surtitled, and not translated).

The play could have pulled punches in telling the tale of "civilised" Brits living alongside indigenous "savages", but after almost three hours, it’s clear the story hasn’t been told in an apologist way. From the lit fire on the sparse set when Thornhill arrives to claim his "empty" plot of land, to the brutal massacre that brings the tension to its bloody conclusion, the white man is not coming out of this looking good.

Personal and national trauma is examined unflinchingly, leaving the audience to consider what happens when wrongs are not righted, but buried and never spoken about instead. A dark, heavy duty and important look at Australian history, summed up well when Mrs Herring, one of the most sympathetic of the white characters comments sagely, “What one of us does, we all pay for”.

Sydney Theatre Company and Ningali Lawford-Wolf's family announced on Wednesday 14th August that the actor had sadly passed away. In the statement they described her as "one of Australian theatre’s greatest treasures".