Theatre Round-Up: The Vanishing Man; The Extinction Event; The Chore of Enchantment 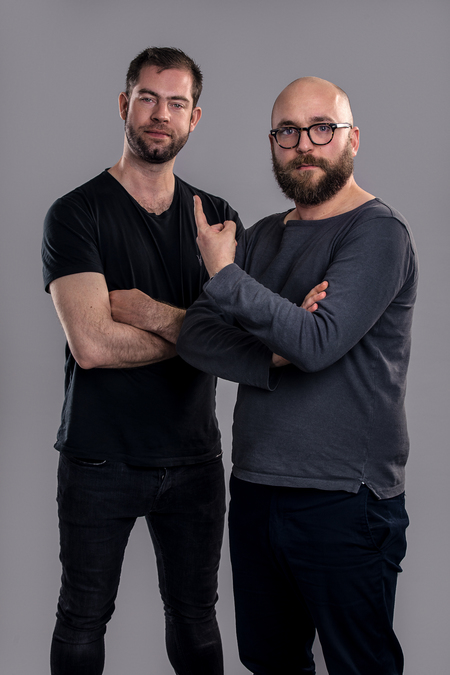 Or is theatre, rather, a form of magic? After all, as Evans goes on to explain, “Magic doesn’t happen in my hands, it happens in your heads". Watching a good trick, we lose sight of reality and see only a fiction; not sleight of hand, but a card plucked from the air. The only difference with theatre is that we fool ourselves into believing a fiction; not an actor, but a character. Both are equally based in illusion.

David Aula and Simon Evans shuffle the two in their bewilderingly clever double-bill. The Vanishing Man (4 stars) and The Extinction Event (4 stars) can and do stand alone, but like a magician’s assistant, they’re best seen as two halves of the same whole. Each is both a magic show and a play with magic, raising the question: shat’s the difference between performing a trick and acting one out?

The Vanishing Man tells the story of Hugo Cedar, an Edwardian magician who made himself disappear. Standing on London Bridge in broad daylight, Cedar held out his right hand with a playing card on his palm. After three hours, somehow, the card started to stand then—whoosh—Cedar was gone. How he did it, whether for real or not, nobody knows. Was it a trapdoor? A trick of the light? A jump to death? Search for Cedar online and nothing shows up.

Or rather, The Vanishing Man tells the story of Evans and Aula’s attempt to tell Cedar’s story. Charting the story of putting the show together, performing it in front of test audiences, it becomes clear that—as in all good magic—something went very wrong. In a swirl of close-up card trickery and theatrical transubstantiation, The Vanishing Man really does make a man disappear – all without resorting to magic.

The Extinction Event, which plays immediately afterwards, might be even sharper. A sequel of sorts, it re-enacts the infamous bullet catch – specifically, one in which a magician, Chung Ling Su, lost his life, shot through the heart by his new assistant. Magic, Evans explains, takes practice.

A show that keeps glitching and going off course, The Extinction Event is full of restarts. Couched in hypnosis, another technique rooted in repetition, The Extinction Event connects mind-control and computer programming. Both, it suggests, are forms of artificial intelligence, and both can drive human beings to their deaths. Just as robots might overrule their creators, so magicians’ assistants can betray their bosses.

Both shows are brilliantly bamboozling – as magic routines, but even more so as theatre. Their structure is, effectively, scripted sleight of hand, each teeming with dramatic misdirection and theatrical trapdoors. By doubling up their illusions, layering lies on top of truths, both shows start to give reality the slip. Evans is a really proficient magician, a whisker away from the top pros, and Aula, though not, uses fumbles to further sell the trick. Bit by bit, you stop trusting what you see as identity unspools and you fall under their spell. This is theatre at its most tricksy, but it’s elegant too, and artfully ironic. For just as a show about disappearance makes a magician materialise, a show about death brings a man back to life. Abracadabra, baby.

Vincent Gambini tries a similar trick in The Chore of Enchantment (2 stars). It doesn’t quite come off. Framed as a re-enactment of a show that went wrong—maybe even a recurring dream—it too muddles scripted theatre with live magic, delighting in the overlap. Gambini’s tricks woozily unpeel perception from reality or vice versa: a coin spins through his fingers in a blur of distraction, a handkerchief whips through a mic stand until it gets stuck.

In repeating his routines, Gambini lets us track their secrets down. He has a slow, dreamy style of delivery and his sleight of hand isn’t always slight enough, but in letting you glimpse the underlying technique, Gambini makes the point that we allow ourselves to be deceived. His creaking tricks—joke shop blank scripts and extending canes—only work if we ignore the evidence in front of us. There is, of course, a politics in that; a suggestion that our world might be a waking dream.

However, structurally, it’s more confused than confounding, and the swerves into standup and street theatre muddle things up. Gambini’s a curiously uncertain stage presence too, either unwilling or unable to sell us his show. We might have come here, as he says, to delight in being deceived, but this is a theatrical trick that trips itself up.